Politics is a funny business and quite dirty at times.

Florida politics' top gun lobbyist Marion Hammer has put out an email condemning a “fake” political mailing that the National Association for Gun Rights sent out to voters last week.

Hammer contends that the mailing was created to mimic the NRA’s “orange postcard” and used to attack Florida State Rep. Chuck Brannan (R).

The group that put out the mailer has endorsed Rep. Sabatini in his congressional campaign for the U.S. Congress. READ MORE

"This is the most dangerous moment in 60 years

And his only options to reset this imbalance are catastrophic ones"

Byron Donalds-America, this is a joke. Green energy CANNOT fulfill our energy needs. @JoeBiden knows this.

Rep. Brian Mast-The world is going to be facing an enormous humanitarian and refugee crisis in the coming weeks. Grateful for the generosity of Floridians who are stepping up to help.

"Levine Cava Endorses Judge Brown Jackson" by The Floridian's Daniel Molina—Florida is expected to be the host of a number of important midterm election races, including the gubernatorial race and the senatorial race. Last week, President Joe Biden’s (D) announcement of his pick for the Supreme Court added more focus to Florida when the President nominated Judge Ketanji Brown Jackson.

"Former Florida NRA President Warns Floridians About 'Bogus' Political Mailing" by The Floridian's Mona Salama—The former president of the Florida chapter of the National Rifle Association (NRA), Marion Hammer, has issued an email warning Floridians of an alleged mailing that imitates the “orange” alert postcard that the NRA is known to send out.

"Rubio Predicts Ukraine Will Become a Russian Puppet Government" by The Floridian's Jim McCool—Many U.S. politicians have contributed their two cents to the Russian invasion of Ukraine. Now, US Senator Marco Rubio (R-FL) is anticipating a "puppet Russian installed government" in Ukraine.

"Rubio at CPAC 2022: Infusion Of Marxism Influence Has 'Reinvigoration' Americans To Fight Back For Freedom and Liberty" by The Floridian's Mona Salama—ORLANDO, Florida — Sen. Marco Rubio (R-FL) kicked off the second day at the Conservative Political Action Conference (CPAC) warning how the infusion of Marxism influences has threatened American freedom and culture but remarked how Americans are fighting back, saying it is a sign of a "pendulum swing back" in the right direction.

"Waltz: Invasion 'Violates... Fabric of International Norms'" by The Floridian's Daniel Molina—Florida Rep. Michael Waltz (R) commented on the ongoing war between Russia and Ukraine, saying that the invasion “violates the very fabric of international norms and is a direct threat to our Western values.” With mounting sanctions against Russia and NATO discussing a proper response to the invasion, the Florida Republican directed blame to the President while assessing the global implications of the invasion.

Op-Ed: As Democrats Overlook Florida, Republicans See Opportunity" by RNC Chairwoman Ronna McDaniel—For generations, Democrats have taken the Black vote for granted while failing to deliver. That strategy doesn’t work anymore. This week, the Republican National Committee is cutting the ribbon on our first Black American Community Center in Florida. It’s a symbol of our commitment to reaching new voters and showing they have a home in the Republican Party.

"DeSantis: Margaritas Won't Cure Bidenflation" by The Floridian's Daniel Molina—This week, Republicans directed criticism at the Biden Administration and Democrats, highlighting “Bidenflation” and those accused of contributing to it. With the Sunshine State hosting high profile political races in the upcoming 2022 November midterm election, Florida Governor Ron DeSantis (R) released a video on social media, enjoying a margarita but lamenting that it won't cure "Bidenflation."

"We Cannot Let Fatherlessness Stain Black History" OPINION by Jack Brewer—It is a problem many recognize, too few discuss, and even fewer know how to address, but the problem is persistent and leading to a generation of failed children. Too many children do not grow up with a father in their home. Thankfully this week leaders in the State of Florida stepped up to begin addressing the fatherless crisis.

"Biden Unveils 'First Tranche' Of Russia Sanctions" by The Floridian's Mona Salama—President Biden announced new sanctions aimed at punishing Russia, the "first tranche" of sanctions targeting the country's financial markets in response to Moscow's actions that he characterized as the "beginning of an invasion of Ukraine."

"COVID-19 Hospitalizations Drop Below 4,000" by News Service of Florida—The number of Florida hospital inpatients with COVID-19 has dropped below 4,000 after a surge in late December and early January caused by the omicron variant of the coronavirus.

"Mast Shares Support for 'Freedom Convoy'" by The Floridian's Daniel Molina—News of the Canadian Trucker Convoy has spread across the United States like wildfire, and it has added to the divided country. Republicans like Florida Governor Ron DeSantis (R) have voiced their support of the convoy, selling shirts sporting “Truck Yeah” in the front.

"Laura Loomer Secures Top Republican Operative on Campaign Team" by The Floridian's Javier Manjarres—In her campaign for the US Congress, Laura Loomer (R), who is running in Florida's 11th District against incumbent Rep. Daniel Webster (R), has seen many milestones achieved, but none like this. The Loomer campaign has secured a top Florida GOP operative, MaryAnn Pistilli as its new campaign manager.

"Gaetz Continues to Oppose McCarthy's Potential House Speakership" by The Floridian's Javier Manjarres—Florida Rep. Matt Gaetz is persistent in his efforts to ruffle House Minority Leader Kevin McCarthy’s political feathers as the “firebrand” legislator continues pushing the idea that former President Donald Trump should be the next Speaker of the House of Representatives, if and when House Republicans take control of that chamber of Congress.

"Demings Irked by Defund the Police Narrative Against Democrats" by The Floridian's Daniel Molina—One issue that Republicans and Democrats have differed on is law enforcement and the funding of police since the George Floyd murder in Minneapolis, Minnesota. Florida Rep. Val Demings (D), who’s vying to unseat Florida Senator Marco Rubio (R), took to social media to slam Republicans, arguing that they attempted to “shamefully… sabotage” the argument against “Democrats defunding the police.”

"Russia's Aggression in Ukraine Threatens the Western Hemisphere" by The Floridian's Javier Manjarres—Russia’s threat of war against Ukraine, and possibly against NATO, is a powerplay that President Vladimir Putin has been nurturing for years. Now, with an unthinkable but convenient alliance with China, he is striving to undermine U.S. national security in the Western Hemisphere, cozying up to anti-democratic regimes in Cuba, Nicaragua, and Venezuela.

"Poll Indicates a "Red Wave" Could Happen in November" by The Floridian's Daniel Molina—Florida Republicans are expecting a “red wave” in the upcoming midterm election, and a new poll might indicate that Republicans could pick up seat in November. A recent battleground survey conducted shows that there is “a deep dive on a key target group: Hispanic voters.”

"Mucarsel-Powell Opts Out From Seeking A Rematch Against Giménez" by The Floridian's Mona Salama—Former Rep. Debbie Mucarsel-Powell (D-FL) announced Friday that she wouldn't run for Congress, opting not to seek a 2022 rematch for her old south Florida House seat, further exacerbating just how badly Democrats are facing in recruiting Hispanic as they look to remain in control during a difficult midterm election year.

"Rep. Salzman Under Fire for Opposing A Vote for Constitutional Carry" by The Floridian's Javier Manjarres

"Republican Primary Race in Florida's 13th Congressional District Up for Grabs" by The Floridian's Javier Manjarres—The congressional race to replace Rep. Charlie Crist (D) in Florida’s 13th District will undoubtedly be one of the most closely watched races in the country, as Republicans position themselves to win back the “toss-up” seat former Rep. David Jolly (R) lost during the 2016 presidential election.

"Progressive Group Furthers 'Whitewash' Narrative Against DeSantis's 'Stop the Woke' bill" by The Floridian's Javier Manjarres—After Florida Gov. Ron DeSantis introduced the “Stop the Wrongs to Our Kids and Employees Act” or Stop the Woke” bill in December 2021, Republican legislators are now poised to quickly get the measure passed in both chambers of the Florida Legislature, and on to Gov. DeSantis’s desk for him to sign the measure into law.

"Dental Benefits Could be Added Back Into Florida Medicaid Program" by The Floridian's Michelle Rosenberg— Florida House Bill 7047 —Medicaid Managed Care, which is sponsored by Rep. Shawn Harrison (R) is moving its way through the committees and it appears to be on its way to becoming a law. Sponsored by Rep. Garrison (R), HB 7074 implements several changes to the Florida Medicaid program.

"Rubio Leads Effort to Allocate More National Guard Funds" by The Floridian's Daniel Molina—A group of bipartisan congressional lawmakers has directed a letter to General Daniel Hokanson, the Chief of the National Guard Bureau (NGB), in an effort “to allocate additional resources to the Florida National Guard (FLNG). 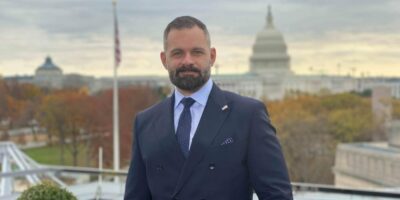 Scott: Biden 'Pushed America to a Dangerous Dependence on Russia'