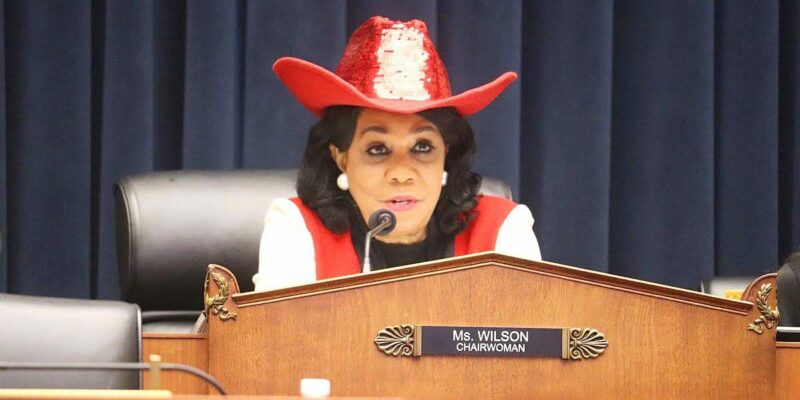 House Speaker Nancy Pelosi has championed “Proxy voting” since the COVID-19 pandemic took hold of the nation back in early 2020 so that legislators would not miss votes as a result of any and all impending shutdowns that could and would affect their ability to cast their votes.

But while the idea of having a House member cast votes for other colleagues who were not able to travel to Washington, D.C. is very convenient, some members, both Republican and Democratic (mostly), have gotten a bit too comfortable with voting by proxy.

Excluding the votes cast in the month of December, looking back at the total votes cast during the 117th Congress (January 3 to November 26, 2021), the two top members who have voted by proxy have been Florida Reps. Frederica Wilson (D) and Al Lawson (D).

Florida Rep. Lois Frankel (D) has the third-highest number of proxy votes with 139 and missed only two votes.

Here is the standard text that both Republican and Democratic lawmakers are using to notify the Clerk of the U.S. House of Representatives of their intention to authorize another member to vote for them.

Notice that the “ongoing public health emergency” varies among legislators.

But while Democrats vote by proxy at a much higher rate than Republicans, more and more Republican lawmakers are following the lead of their Democratic colleagues.

Reps. Vern Buchanan and Greg Steube have the most votes by proxy of all Florida Republicans in the U.S. House of Representatives, with Rep. Matt Gaetz coming a distant 3rd with 86 proxy times.

"No other profession in America could get away with this and still get paid.  Proxy voting is no longer about COVID-19 and it must end," stated Rep. Rutherford. Back in 2020, House Republicans threatened to sue over proxy voting, calling it "unconstitutional."

Rep. Demings appears to have the best voting record of the group and didn’t miss a single vote. Reps. Cammack, Soto, and Rutherford both only missed (3) votes.

Republican Rep. Daniel Webster has missed the most votes with 46.

Senator Farmer's New Bill to Crack Down on Assault Weapons