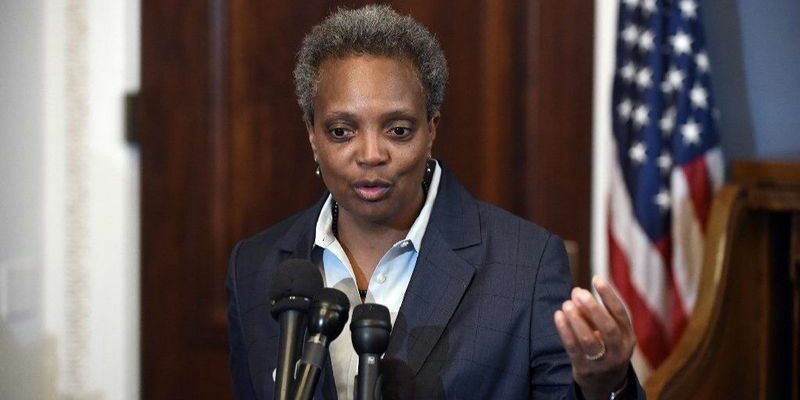 The progressive mayor appeared adamant just days ago, claiming that she will not, “let them [Chicago Bears] out.”  Now, the Chicago Bears officially purchased property outside of town, which Mayor Lightfoot expressed as a simple “negotiating tactic,” until news broke that the Bears just sealed the deal.

Although the Bears did not cite any political reason as to why they would leave, Lightfoot’s and fans’ reactions allow us to speculate something wasn’t right.  Reportedly, the Bears were in talks to receive improvements to their Chicago stadium that Lightfoot failed to cave into.

Lightfoot stated today, “Number one, they actually have to come to us and tell us what they want. We have been open to a conversation. They have not.  The door is open, but we’ve gotta sit down and have that discussion if they’re serious about anything.”

That payment for leaving Soldier Field early could amount to roughly $86.9 million, according to a Chicago Sun-Times analysis of the team’s 2001 lease with the Chicago Park District, which owns Soldier Field.

Renovations to Soldier Field started the year after that lease was signed. The work was financed by bonds issued by the Illinois Sports Facilities Authority. The total debt, about $660 million, won’t be paid off until the early 2030s.

During the Bears withdrawal, Lightfoot has handled other affairs such as breaking ground at the new Presidential library in honor of former President Barack Obama (D). Lightfoot also rose to national criticism after blatantly stating that she would no longer take interviews from white journalists.

Scott Says Biden Foreign Policy is to “Leave Americans Behind”