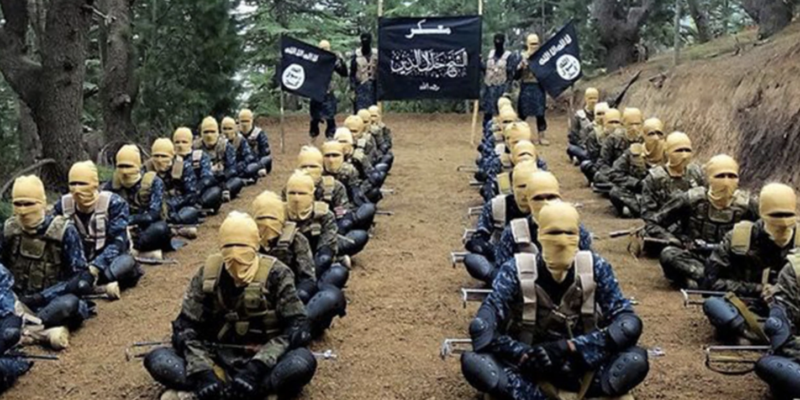 As Americans continue to reel over President Joe Biden’s hasty decision to leave Americans stranded in Afghanistan by pulling U.S. troops out before every American and ally were evacuated, members of the U.S. Congress like Rep. Carlos Gimenez (R), are saying that a terrorist attack against the U.S. is “inevitable.”

During an interview on Fox News, Rep. Gimenez was asked if he believed the Biden administration’s “botched “decision to leave billions of dollars in military equipment to the Taliban regime in Afghanistan would lead to future terror attacks against America.

Rep.Gimenez, who sits on the House Homeland Security Committee, said that “it was a matter of when not if” terrorists would attack the U.S.

“I think that's inevitable. Look, not only do we have a debacle in Afghanistan, we also have a debacle going on in at the southern border. We have hundreds of thousands of immigrants coming through and we know that there we have people that have been on the terror watch list that have slipped through, so yeah it's a matter of when not if,” said Gimenez.

Gimenez added that he does not “have that much faith in the Biden administration to keep Americans safe.”

"The terrorists now have a safe haven in Afghanistan after Biden’s botched withdrawal. As we continue to neglect our border security here at home, the reality in Afghanistan jeopardizes our own homeland security. Can we really trust the Biden administration to keep us safe?- Rep. Carlos Gimenezz

One of Gimenez’s Republican colleagues Rep. Greg Steube, who is a U.S. Army combat veteran, questioned who President Biden trusts.

The Taliban is appointing U.S.-designated terrorists, who Obama released from GITMO, to lead the new government of Afghanistan. And this is who Biden trusts to allow us to get Americans home,” said Rep. Steube.

Another combat veteran, Rep. Brian Mast, who lost his legs and a digit after stepping on an IED in Afghanistan, sent The Floridian a statement to express his thoughts about Biden's funding of terrorism.

"To quote Biden “ his number one objective is that Afghanistan never again be used to launch terrorism against the US. He has now taken Afghanistan from the least likely origination of terror to the most inevitable launch for an attack and likely an attack funded or executed with our own dollars or equipment," stated Rep. Mast.

The terrorists now have a safe haven in Afghanistan after Biden’s botched withdrawal. As we continue to neglect our border security here at home, the reality in Afghanistan jeopardizes our own homeland security.

Can we really trust the Biden administration to keep us safe? pic.twitter.com/Wh6N2RVUe3

Rick Scott: 'Biden has made the world a dangerous place'