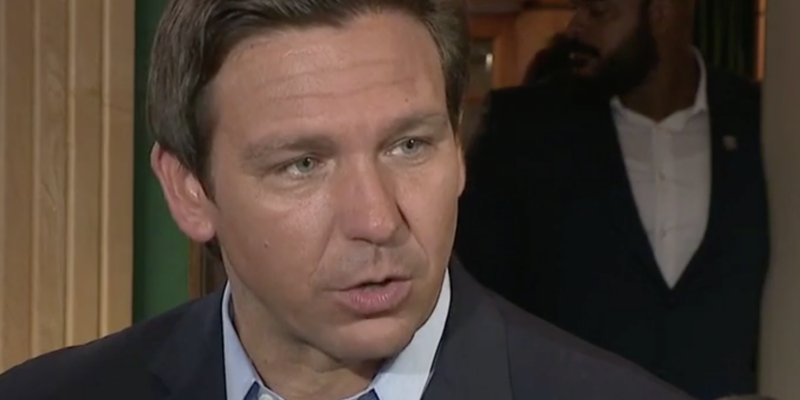 Florida Governor Ron DeSantis (R) has received another political blow as Circuit Court Judge John C. Cooper ruled in favor of mask mandates, removing the automatic stay measure from the previous order. In response, the DeSantis Administration announced that it would be filing an “emergency motion to reinstate the stay.”

In a statement, Cooper explained that “it’s undisputed that in Florida we are in the midst of a COVID pandemic,” adding that “based on the evidence I’ve heard, there’s no harm to the state if the stay is set aside… there’s nothing in my final judgment that prevents the defendants from enforcing the full Bill of Rights, I’m just saying you can’t just enforce a part of it.”

School districts *will have the right* to require masks while this case moves through appeal.

Cooper concluded by saying that he sees “no harm to the state in setting aside the state.”

While Cooper provided the ruling , Governor DeSantis was speaking to reporters in a news conference in Palm Coast, and he shared that he believed Cooper would rule that the stay would remain in place.

The Governor has heavily opposed mask mandates in the state along with voicing that the state would not require vaccine passports. In turn, this opposition has led to conflict with school officials and Florida Democrats.

LAWSUIT UPDATE: Judge Cooper has officially been assigned our case in our lawsuit against the #DeSantis administration seeking public health records and transparency in COVID-19 data reporting. @FLCTRGA and I have asked for an immediate hearing and eagerly await a formal date! https://t.co/uHYbMmhpK4 pic.twitter.com/aKF7dFy2TD

On Twitter, the Florida lawmaker explained that he had “filed a lawsuit against the DeSantis administration for refusing to lawfully comply with my public records request for critical COVID-related public health data.” Smith asserted that this lawsuit is important because “Floridians deserve transparency and accountability,” and he’s “not taking NO for an answer.”

Rep. Guillermo Smith also updated that “Judge Cooper has officially been assigned our case in our lawsuit against the DeSantis administration seeking public health records and transparency in COVID-19 data reporting.”

The Florida Democrat also updated that he and the Florida Center for Government Accountability “have asked for an immediate hearing and eagerly await a formal date!”