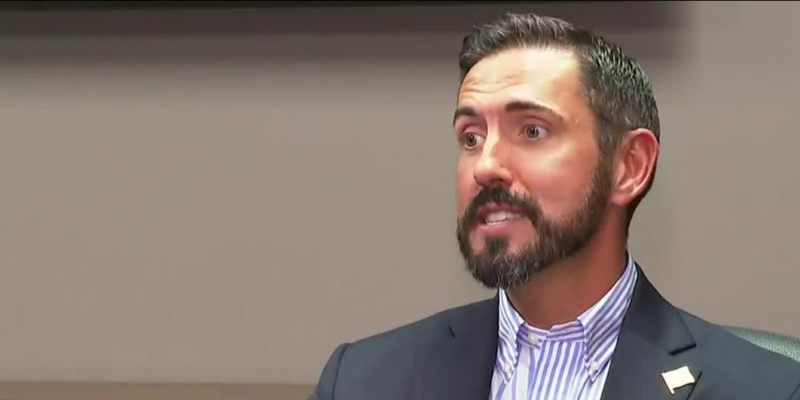 Over last weekend, the Roger Stone endorsed candidate for Florida’s state House Brian Clowdus (R-FL), hosted a campaign kickoff event in Panama City, FL after officially getting on the ballot.  Now, Clowdus is making big promises as he heads into an intense primary.

In the interview, Clowdus pledged to fight back against red flag laws.  “We obviously don’t want there to be mass murders, but here’s the thing, the red-flagging laws are too loosey-goosey.  Anybody can go into your home and grab your guns, there’s no due process,”  adding, “There’s been what 2,000 red flag cases already?  You can’t tell me there are that many people who are at a risk in this state.”

Clowdus told The Floridian that he brings “fresh eyes, and ideas” to the table, and is a better candidate than his competition because Clowdus “isn’t a career politician.  You need someone from the outside to expose things the way you can’t really expose things when you’re friends and neighbors with people you’re making business deals with.”

The state representative hopeful declined to say anything negative about his primary competition but did say “But I will tell you, they are ripping me to shreds.  They’re playing dirty and I am taking mental note of it.  But when the time is right, Bay County will see what they’re doing to me.”  Clowdus believes this is simply because he is not a part of the “Good old boys network” and the competition is “scared” of him.

As mentioned above, Roger Stone endorsed Clowdus for the State House as he stated in his speech that he wants to “clean up the elites and establishment.”