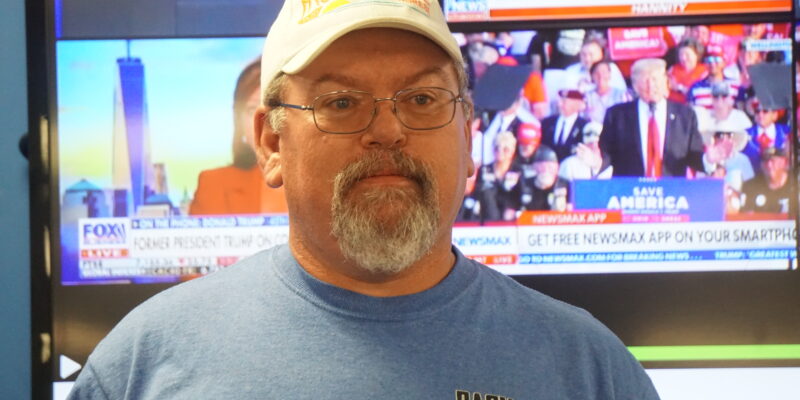 During the Broward Republican Liberty Caucus meeting in Fort Lauderdale, Florida, the two lone Republican candidates running in the special election in congressional district 20— Greg Musselwhite (pictured) and Jason Mariner—were put in an uncomfortable position when Musselwhite was asked to explain his recent political attack on Facebook against Mariner.

Musselwhite, 54, who in 2020 challenged the late-Rep. Alcee Hastings (D) and was crushed by 57.4 percentage points,  posted on Facebook a series of images pointing to Mariner's past arrests and time in prison.

During his opening remarks, Mariner, 35, explained that at the age of 20, he battle addiction was arrested, and subsequently served time in prison.

Musselwhite appears to have made the posts the very day Mariner paid the qualifying fee to be placed on the ballot for the November 2 special primary election but has now removed it from his Facebook page. 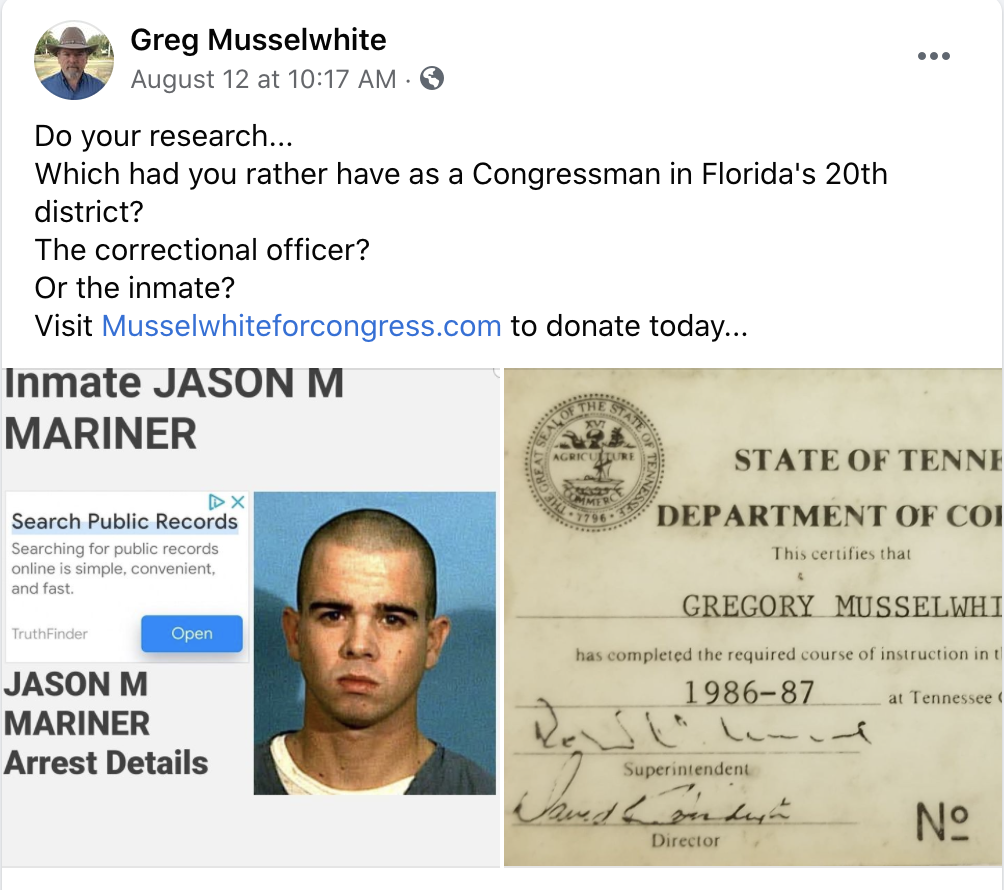 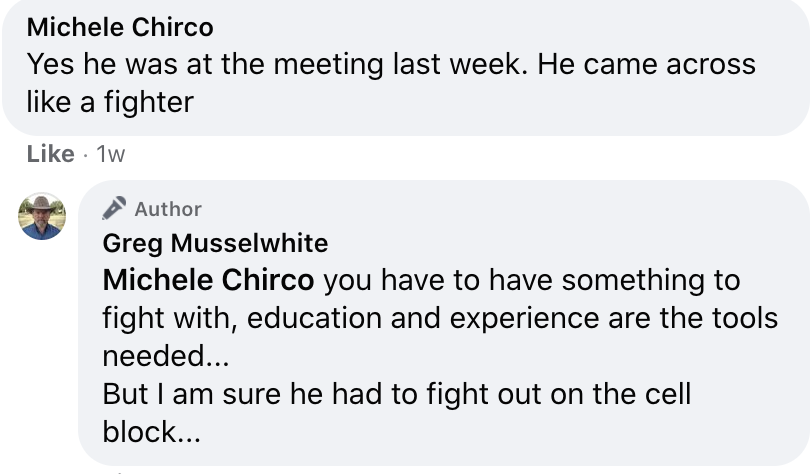 Musselwhite, or whoever is managing his page, forgot to delete the images from his library as well. Rookie mistake?

When asked about the post in question, a seemingly unapologetic Musselwhite appeared to struggle to find the words to describe why he posted the images and information about Mariner’s past.

Musselwhite explained his reasoning but didn’t give a straightforward answer.

Musslewhite—“Life experience and decision-making. Throughout my upbringing, you can call me a boy scout, a nerd. I didn’t go to parties, didn’t do drugs, don’t drink, I was about as clean-cut as you were going to get, that’s why I get nuclear clearance and other things.

Now, within that decision-making process, it may be suspect. Now, with that being said, a person should not strive to be better than another person—better than you were the week, the month, the year before, so I do commend him for straightening out his life, but at this point with age, experience, like you just said, you should know something about what you are getting into, and my job directly translates to legislation.

In a follow-up question, Musselwhite was asked why he specifically referred to Mariner as “The inmate.”

Question: But it was worded “the inmate” as if he was an inmate now, he’s not?

A visibly unprepared and joking Musselwhite would only state that  he had “Fat thumbs. Bad Grammar,” adding, “I’ve never been an English major.”

Mariner responded to Musselwhite’s answer to the question, and took a swipe at the one-time corrections officer, telling him and the room that voters in the district were not “going to be fond of a correctional officer,” adding that,” It’s just common sense.”

"I look back every day and I say, ‘what can I do better tomorrow” There is a lot of things that have happened since I was an inmate. I’m not an inmate now,” said Mariner. This is commonsense to me. Case in point. You’ve got a community that’s plagued by drug addiction and crime. I’m not so sure that District 20 is going to be fond of a correctional officer. It’s just common sense.”

Both men face an uphill climb in a general election against any of the Democrats vying for their party’s nomination in the minority-heavy district. Mariner comes off as a clean-cut,suit-wearing candidate, while the heavy southern accented Musselwhite presents as a no-BS and cowboy hat-wearing politician

Like we said before, Musselwhite lost to Rep.Hastings by over 57 percentage points and was only able to raise about $17,000 for the entire 2020 election cycle. This cycle, Musselwhite has raised about $2,500.

According to Mariner, he has already outraised Musselwhite’s 2020 and 2021 fundraising totals in less than 1 week of campaigning.

State Rep. Rick Roth was in attendance at the event and told The Floridian that he was there in support of Mariner.