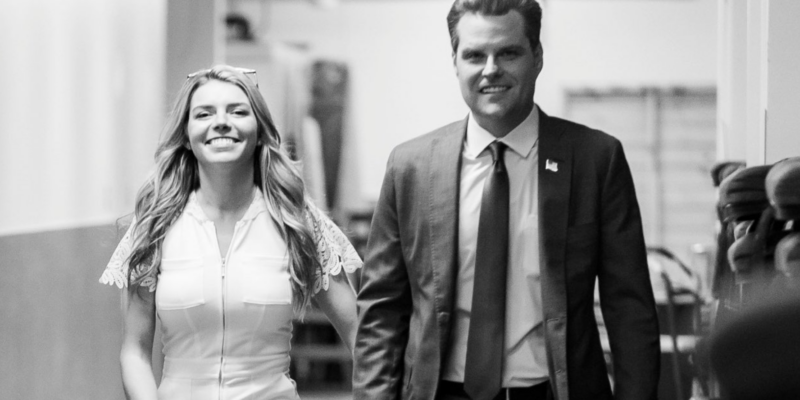 The Miami Herald's "investigative reporter" Julie Brown tweet quoted a tweet from Progressive television personality Chelsea Handler about Rep. Matt Gaetz's recent wedding to long-time girlfriend Ginger Lucky, where she insinuated that the whole wedding was staged to keep the new bride from being "called to the witness stand" in a court case that many in the media and Progressive movement hope will one day take place.

Handler tweet stating that  "Ginger Gaetz" will have a nice ring to it when being called up to a witness stand" brought out all of the Progressive Twitter trolls that continued their speculation that Rep. Gaetz will be charged and arrested for violating federal human trafficking law. One of those trolls appears to be the Herald's Julie Brown.

"She can't be called to the witness stand—and maybe that was by design. Just saying," tweeted Brown about the Gaetz wedding.

She can’t be called to the witness stand — and maybe that was by design. Just sayin. https://t.co/r260Vwk0Ct

Gaetz is said to still be a subject in the aforementioned federal investigation.