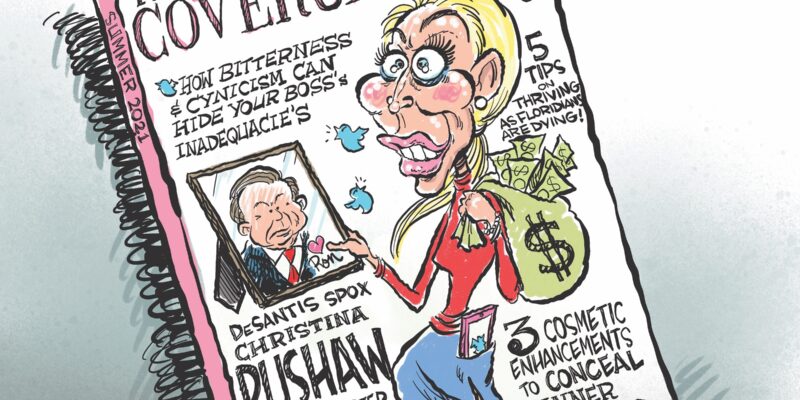 After Florida Gov. Ron DeSantis's Spokeswoman, Christina Pushaw was suspended by Twitter for going after an Associated Press (AP) reporter over a story she believes was 'Fake News' because the author of the story inferred that DeSantis was pushing the Regeneron COVID treatment because one of his donors had invested into the drug company, a Pensacola News Journal cartoonist used a sexist and disingenuously cartoon to depict Pushaw.

The artist, Andy Marlette, stated in his cartoon that Pushaw had (3) "cosmetic enhancements to conceal inner ugliness" and accused her of "using Twitter to take a taxpayer funded paycheck."

Where are the anti-Sexism and pro-feminism mainstream media and the Democratic Party on this cartoon?

There is a political cartoon circulating around in Florida that's inappropriate at best and sexist at worst. Delete it.

The @pnj gives someone a platform to spew racist AND sexist material, so long as the target has an (R) by their name… @Gannett and @AndyMarlette owe @ChristinaPushaw an apology, and they need to take a long look in the mirror if they want to salvage a shred of credibility."

"This isn’t a little over the top…it’s A LOT over the top, and quite frankly, disgusting and sexist.  @AndyMarletteshould be ashamed of himself. You crossed a line here" 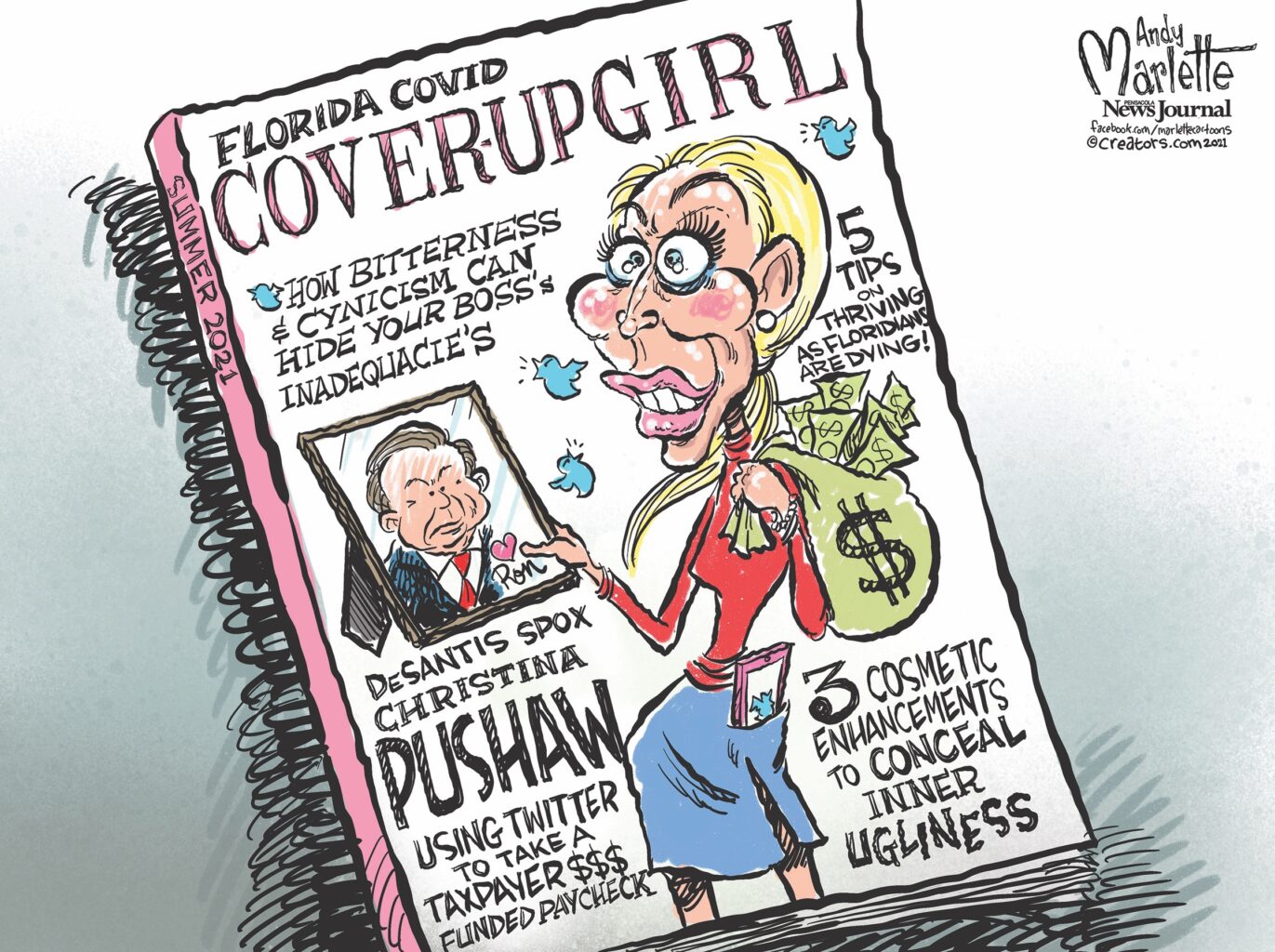