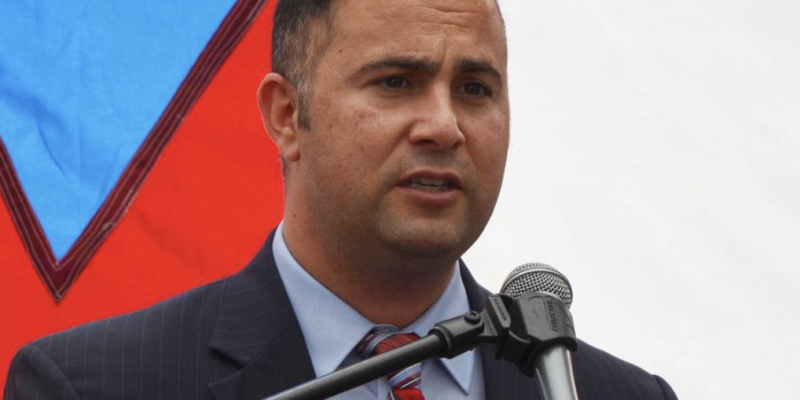 With President Joe Biden having asserted that he takes full responsibility for the chaos, death, and human rights atrocities being committed by the Taliban after his decision to hastily pull U.S. troops out of Afghanistan, very few Florida Democrats are lending their support for the president’s “the buck stops with me” decision.

"I am President of the United States of America, and the buck stops with me. I'm deeply saddened by the facts we now face," Biden said at a White House press conference. "But I do not regret my decision to end America's warfighting in Afghanistan."

"American troops cannot, and should not, be fighting in a war and dying in a war that Afghan forces are not willing to fight for themselves," Biden continued,  adding that the U.S. has given "every tool they could need” to defend themselves.

To his credit, Rep. Darren Soto (D) is the only Florida Democrat that has come out in support of President Biden’s speech and his “decision to end America’s warfighting in Afghanistan.”

The time has come to end this #EndlessWar in Afghanistan and bring our troops home,” tweeted Rep. Soto. “If the Afghan Army is unwilling to fight, we will not sacrifice more American lives to fight for them. Bin Laden is dead. Now we must focus on rebuilding OUR nation.”

Rep. Soto makes a valid point. Why should Americans continue to fight when the Afghanis themselves won’t?

Soto remarks come only after the disheartening images of Afghanis trying to flee Taliban rule came out of Afghanistan.

Rep. Stephanie Murphy (D), who has a strong foreign policy background, only stated that those images and videos coming out of Afghanistan was “heartbreaking” and offered help to veterans who could be affected by the toppling of the government in that nation.

But those few words were all that Rep. Murphy could think to say as Kabul fell in a matter of days. Not another word about the troop pullout from the Central Florida congresswoman.

Rep. Charlie Crist, who is also a gubernatorial candidate in Florida, simply asked on Twitter if any of these followers knew of “an American stranded in Afghanistan,” to call his office.

In looking back at the social media accounts of Reps. Al Lawson, Jr. Debbie Wasserman Schult, Ted Deutch, Frederica Wilson, Kathy Castor, and Val Demings, the focus was on COVID and the earthquake in Haiti.

Republicans were not as supportive of the president's decision, as you can imagine.

“Joe Biden's massive failures in Afghanistan would have never happened if he followed the conditions-based withdrawal process negotiated by the Trump Administration. Biden's decision to simply cut and run has empowered our enemies and embarrassed the USA,” stated U.S. Army Veteran and Rep. Greg Steube.

Combat wounded Veteran and Rep. Brian Mast also attempted to take his pound of flesh from the president for “abandoning” U.S. allies in Afghanistan.

Is this what President Biden meant when he said that America was ‘back’ on the global stage? Completely abandoning those who’ve fought alongside us for two decades,” questioned Rep. Mast.