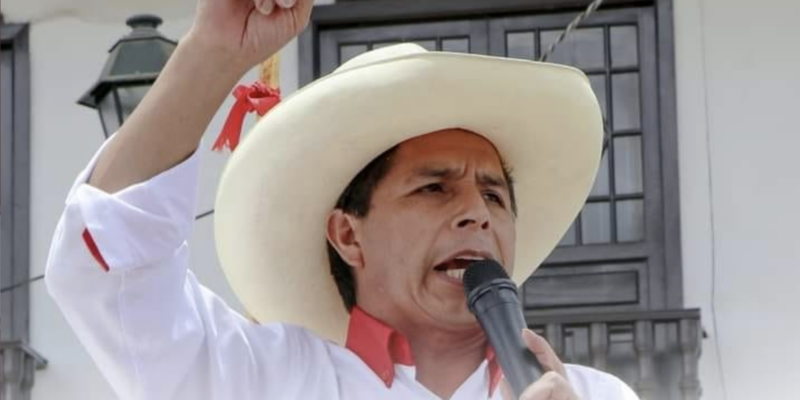 With the country of Peru having elected a Marxist president in Pedro Castillo (pictured), and with other countries like Cuba and Venezuela serving as a launching pad, if you would, for the Axis of Repression countries of Cuba, China, Russia, and Iran, the entire Western Hemisphere is at risk of falling behind the new “Iron Curtain” that the Chinese and Russians are trying to build.

Senator Marco Rubio (R), who sits on the Senate Intelligence Committee and helped President Donald Trump map out a course to navigate the ever-complex Western Hemisphere, told The Floridian that “problems in the region” loom large, and if the Marxism trend continues, the political make-up of the region could drastically change by next year.

Sen. Rubio warns of the growing “anti-American Leftists” making gains in countries like the aforementioned Peru, Bolivia, Argentina, and quite possibly in Colombia, the biggest partner the U.S. has in the region.

Rubio then expressed deep concern over the reach of the Islamic State of Iran, and how “some of them (countries) are pro-Iran, including Argentina.” That’s a big problem, concluded Rubio.

Rubio is not alone in expressing his concern over the threat that China and Russia pose to the U.S. from their expansion into Latin America. Texas Rep. Randy Weber (R) warned that China is buying up resources in Latin America in hopes of taking over the world, and eventually the U.S.

“They are endearing themselves, they’re investing in these countries because they want to take over, and eventually they will if we don’t intercede,” said Rep. Weber.

“Our adversaries around the world work together and U.S. policy should ensure that their threats are properly deterred or countered, especially in our own Hemisphere,” said Rep. Steube in a statement to The Floridian.

Congressional Democrats are also aware of the growing threat in the region posed by China, Russia, and Iran.

Florida Rep. Kathy Castor (D) pointed to how “the people of Cuba are suffering just like Venezuela” because of the lack of medicine that in those countries, countries who “communists have totally betrayed.”