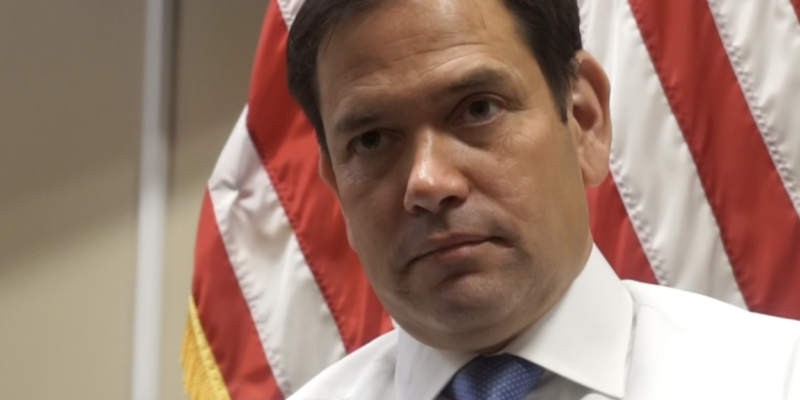 WASHINGTON— As the debate to assist the Cuban protests with internet access continues to persist, all eyes have been on the Biden administration apparent unwillingness to act against the Cuban regime, Florida Senator Marco Rubio (R) has told The Floridian that he and President Donald Trump had a plan in the works to send in a signal that would give the Cuban people internet access.

When asked about how the U.S. should handle the crisis in Cuba, Sen. Rubio said that he and the former president and his staff were “already looking” at the internet option and that “it was going to happen” in Trump’s second term.

“We were already looking at how to provide internet access. We had made great progress in that regard, it was going to happen in his second term, and obviously, this all stops when these guys get in,” said Sen. Rubio.

Rubio added that he believes that if Trump was still in office, the U.S. government would be way ahead of the current situation with the “lazy” Biden administration, as the senator of Florida likes to describe Biden’s slow response to Cuba’s crackdown on protestors.

Rubio concluded by saying that helping the Cuban people out was “a priority for them (Trump administration), “but when you elected a president who has a substantial percentage of his base are devout Marxists and Socialists, you’re not going to get the same response.”

This was the first time Rubio had spoken about what exactly he and the Trump administration were planning to do in Cuba.