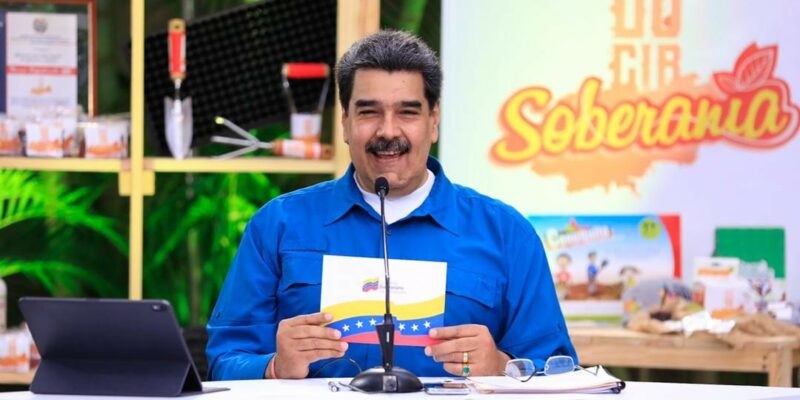 According to Venezuelan Dictator Nicolas Maduro, his country’s current humanitarian crisis, including the alleged diesel fuel shortage, is a direct result of U.S.-imposed sanctions.

U.S. lawmakers like Sens. Marco Rubio and Rick Scott have pointed to Maduro and his cronies´ massive corruption,  deterioration of productivity, and private sector expropriations, as well as his selling out his country to the Russians and Chinese, as the reasons why Venezuela is in such a dire economic and humanitarian state.

Florida Rep.Byron Donalds (R) agrees that the U.S. must be vigilant. “We have a vested interest not just in Venezuela, but in the Hemisphere. The Chinese are active all over the globe, if we turn a complete blind eye, all we are doing is giving room for the Chinese influence in Venezuela. It’s not in our interest, it’s not in the interest of the Venezuelan people.”

Like many other dictators, Maduro will do anything —even push his own people further into poverty— in order to create external “culprits” that allow him to remain in power.

That’s exactly what happens with Venezuela’s alleged diesel shortages which, according to a report by Caracas Capital Markets, is all but one big hoax. It turns out that Venezuela has enough diesel to send to Cuba, while the regime limits in-country distribution to “have the photos and stories of crops rotting in the field and business at a standstill because of a lack of diesel so they can blame the U.S….” states the report.

The report says that diesel came over in an Iranian tanker ship named Analipsi Lady, which unexpectedly changed its flag state and was renamed as the “Bueno.”

The oil ship was being tracked but, having turned its transponder off, was lost as it entered the Mediterranean Sea.  It later showed up at Venezuela’s Amuay refinery carrying 500,000 barrels of diesel. Here, Cuban ship Alicia takes on 1/3 of that diesel or 159,445 barrels, bound for Matanzas, Cuba.

Russ Dallen, principal for Caracas Capital Market and the report’s author, asks “why, if the Maduro Regime has been forced to allow the private sector to take over the importation and distribution of everything else on the streets of Venezuela.  Why not gasoline and diesel?  The private sector could easily, simply import diesel and gasoline from neighboring Colombia or Brazil, but the Maduro Regime has not allowed it.” Besides the photos of famine in the agricultural fields, Dallen says that “the military make money by controlling the diesel and gas stations, so allowing the free market to solve the problem would potentially deprive the military of one of their main sources of bribes and revenue.”

That Venezuela is facing a massive economic and humanitarian crisis is undeniable. Deteriorating conditions have led over 5.6 million Venezuelans to leave their country, making it the world’s second-largest external displacement crisis, just after Syria. Inside Venezuela, humanitarian needs continue deepening, with a 26% contraction in the economy during 2020 and 7 million people in need.

Sen. Scott continued to show his frustration over what he believes is a lack of action coming out of Washington in regards to helping Venezuela, saying that Washington has done “nothing to help the people of Venezuela.”

Coinciding with the June 17th International Donors’ Conference in Solidarity with Venezuelan Refugees and Migrants, the International Rescue Committee (IRC) called for governments to break the cycle of underfunding and short-term, fragmented responses that have characterized the Venezuela crisis.

Marianne Menjivar, IRC Country Director for the Venezuela Crisis Response, said: “Every day, the needs of Venezuelans are growing, however, this rising crisis continues to be severely underfunded, with only a fraction of the resources dedicated to others of similar scale. We need to work together—host governments, donors, the private sector, and NGOs—to provide timely and holistic support to Venezuelans where they need most.”

In a press release, the IRC also urged the international community to “not focus on the regional displacement crisis at the expense of the conditions inside Venezuela that drive people to leave the country in the first place. The humanitarian crisis in Venezuela has received far less funding and support than the regional crisis it sparked and continues to drive, or humanitarian crises of comparable scale. Last year, the Venezuela HRP was the second most underfunded crisis in the world. Halfway through 2021, it has received just 3% of the required funds.”

On Thursday, as part of the International Donor’s Conference, the U.S. Mission to the United Nations said in a statement that the United States pledged $407 million in humanitarian aid to Venezuelans in Venezuela, Venezuelan migrants and the countries hosting them. More than 30 countries and two development banks pledged more than US$1.5 billion in grants and loans to help mitigate the crisis.

Senator Rubio reaffirmed the U.S.’ duty to lead the response to the Venezuelan crisis. “Under the Trump Administration, the U.S. has granted the largest sum of monetary relief to both Venezuelans fleeing the Maduro regime and to neighboring nations hosting them. We have a moral duty, as well as a national security interest, to lead this response. Not only because it’s occurring in our own backyard but because of the repercussions a mass exodus has on the Western Hemisphere,” Rubio said.

“ In the meantime, even in 2021, another dictator starves his own people,” said Dallen, “times never seem to change.” 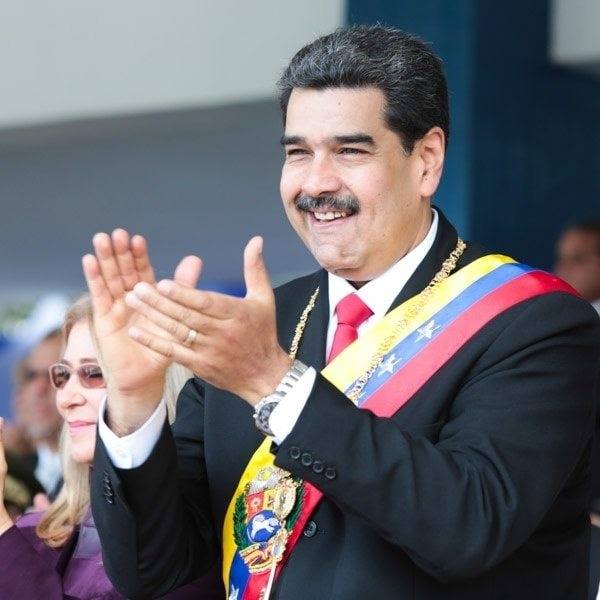