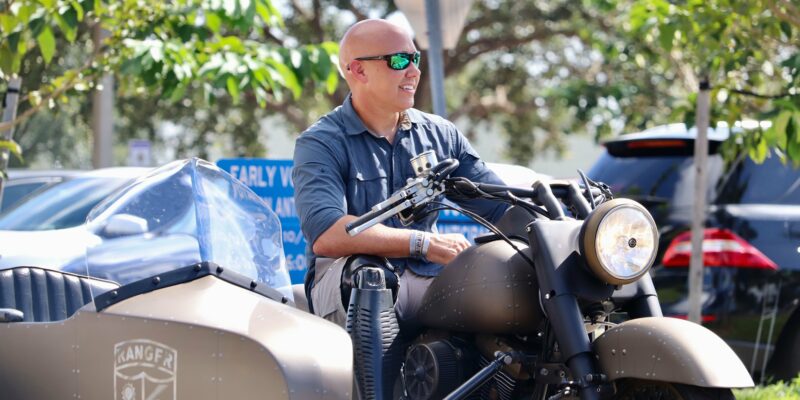 When Progressive Rep. Alexandria Ocasio-Cortez stated that the events that occurred in the Capitol on January 6th caused her to seek therapy and that members of Congress like herself “served in war” that fateful day, Combat Veteran Rep. Brian Mast put on his two prosthetic legs and decided to take on Rep. Ocasio-Cortez’s question war service claim,  calling her “unhinged” and accusing her of not giving “a rat’s ass about our actual soldiers.”

Rep. Mast made his scathing remarks against Rep. Ocasio-Cortez in a fundraising letter he sent out to constituents and supporters, adding that “As someone who actually served in war, and lost two legs and a finger as a result, I think this is a new low even by AOC’s already very low standards.”

Mast went on to accuse the sophomore congresswoman of “siding with Hamas terrorists over our allies in Israel,” and that she has made it abundantly “clear that she doesn’t give a rat’s ass about our actual soldiers who are putting their lives on the line to keep her and us safe.”

He wasn’t finished with her yet, as Mast recounted the moments after he was blown up by an IED in Afghanistan before mocking “AOC” by questioning if she was going to seek “VA benefits and a service medal” for serving in “war” during the Capitol riot.

“AOC doesn’t know a damn thing about serving in war or what it feels like to have a bomb rip through your legs. She doesn’t know what it’s like to lay flat on a stretcher as your fellow soldiers carry you across a battlefield or to see them render you one final salute not knowing if you will live or die.

But she’s so deranged that she actually thinks sitting in her office behind a locked door and guarded by Capitol police is the equivalent of having shots fired at you on the battlefield in Afghanistan. What’s next, will she want VA benefits and a service medal?

Trump Scraps ‘From the Desk of Donald J. Trump’ Webpage