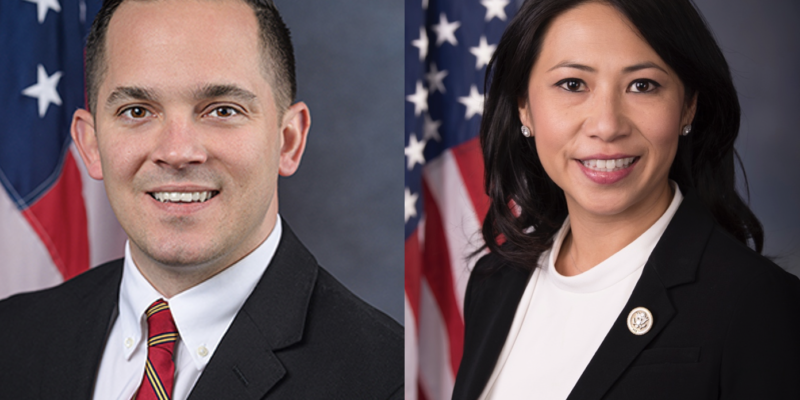 Less than a month after Rep. Stephanie Murphy (D) decided to seek reelection to the U.S. House of Representatives and not challenge Senator Marco Rubio for his senate seat in 2022, the “Blue Dog Democrat" from Central Florida could now be facing a significant challenge in the general election after Conservative State Rep. Anthony Sabatini announced that we will be challenging Rep. Murphy's seat.

Rep. Sabatini announced his run for Congress several months ago but did not specify which congressional seat he would be targeting, but that all changed today after Sabatini tweeted his intentions, stating “I OFFICIALLY filed for the new District 7 congressional seat” and pitting his “campaign against America-Last, corrupt Democrat Stephanie Murphy.”

Even though she is perceived to be ‘moderate’ and has a great family story to tell, her voting record tells the greater story about how she has aligned more with Progressive Democrats than with mainstream or even Liberal Democrats in Congress.

According to ProPublica, an independent, non-profit news organization, Rep. Murphy has voted with Progressive Reps. Alexandria Ocasio-Cortez and Ilhan Omar 90% and 91% of the time, respectively.

Murphy has also voted with Speaker Nancy Pelosi 95% of the time, leaving many Republicans and Independent voters questioning her “centrist” and “Blue Dog” bona fides.

Some of the controversial measures Murphy has voted for are the George Floyd Justice in Policing Act, The For The People Act, and the measure to impeach former President Donald Trump.

Many Republicans like Rep. Kat Cammack (R) are saying that the Floyd bill would defund police agencies who did not adhere to what the legislation called for. Democrats call the For The People Act (HB1) a bill that would protect elections from voter suppression because it allows for ballot harvesting and not require voters to have to present a valid ID to vote.

Murphy co-sponsored both the H.R. 1 voter bill and the measure to impeach President Trump.

Rep. Sabatini on the other hand is a known quantity in Trump and Conservative circles. The unabashed Trump Republican checks off all of the boxes for the Trump Republic to donate big money to his campaign, and he has set himself up to potentially receive the highly-coveted endorsement from former President Donald Trump.