After President Joe Biden (D) announced that fully vaccinated people would no longer be required to wear masks in most places, President Donald Trump (R) released a statement expressing that he felt he wasn’t receiving the credit he deserved for contributing to the distribution of the vaccine. Calling the COVID-19 vaccine “the modern-day miracle of the vaccines,” he added that his Administration had worked “ahead of schedule” to ensure the vaccine was introduced by the end of 2020. Florida Senator Marco Rubio (R), who is running for reelection, agrees. In a statement, Rubio said Operation Warp Speed’s “resounding victory will be remembered as one of the great chapters in American history.”

In a message directed to supporters, Rubio said that “one year ago, the Trump administration announced a plan to develop, manufacture and distribute a safe and effective coronavirus vaccine in record time," adding that, “With a timetable as ambitious as its scope, Operation Warp Speed aimed to ignite the great engine of American industry to end the pandemic."

A year later, Rubio says that “the results speak for themselves.”

He cited the success of Operation Warp Speed to “a long-running tradition in our politics – the active partnership between government and private business for the common good of our nation, often referred to as ‘industrial policy.’”

Expressing that “Operation Warp Speed represents a triumph of American leadership and common-good capitalism, as well as an important example of successful industrial policy in America,” Rubio shared that “if our nation is to create dignified new work and beat China in the great competition to win the 21st Century, the Trump administration provided the broad, ambitious outline that those of us in political leadership must follow going forward.”

He concluded by assuring that he “will continue to fight to ensure we are the America that solves crises and stands up against threats to our freedoms.” 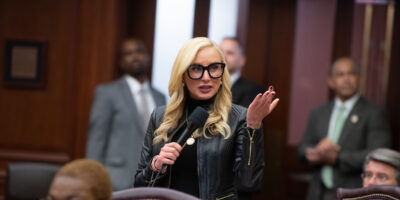 Buchanan Calls on Biden To 'Suspend All Aid To The Palestinians'