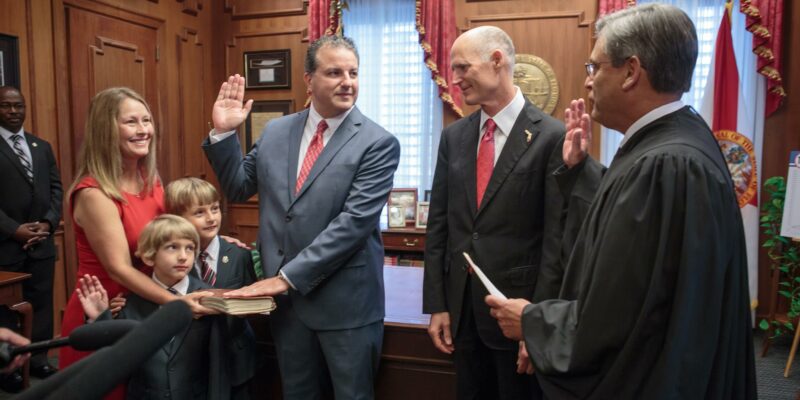 After a lengthy pandemic, the state of Florida is finally completely open for business after Governor Ron DeSantis' (R-FL) signed an executive order canceling all local COVID restrictions across the state.  Gov. DeSantis, along with many other officials have started discussing recovery and how we can be prepared for the next crisis. One of those officials is  CFO Jimmy Patronis (R-FL), who in a recent campaign video says he wants to"Keep Florida open!"

Patronis, who has held office for four years now, made clear in his recent campaign video that "Every Florida family deserves a job, an open economy, and that's why I fought so hard to keep our state open," said Patronis. "Keep our economy open, keep our schools open, keep our families safe."

As CFO, Patronis has brought productivity back to the position as he has "put over $1 Billion of your [Floridians] money, back in. your pocket," adding that his department has made "3,000 arrests for fraud and misuse of funds."  Patronis' office has been able to pay back $167 Million in restitution.

And although the CFO position is thought to be an inconsequential role, Patronis has played a pivotal role in the COVID-19 vaccine rollout and slowing the spread.

"I don't know when the next crisis will come, heck we haven't even rebuilt from this one yet," continued Patronis. "But I know Florida is stronger, our economy is stronger, and our families are stronger!"

His full video can be found in the Tweet below:

We don’t know when the next crisis will come. Heck, we’re not even done rebuilding after this one. But we know Florida is stronger. Our economy is stronger. And our families are stronger. Join me, Let’s Keep Florida Open. pic.twitter.com/0REca3qc2l