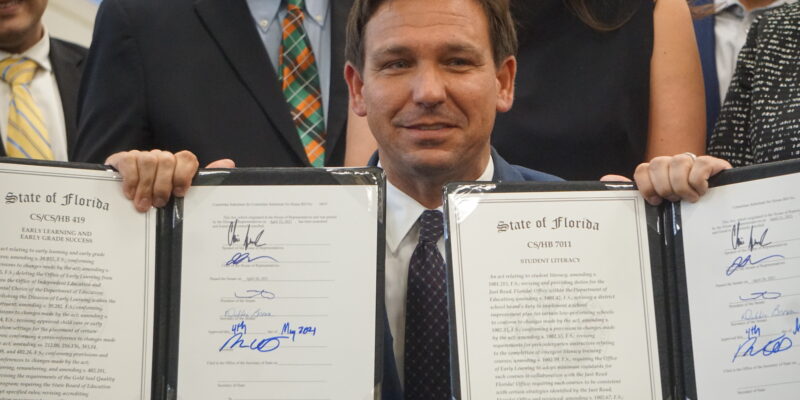 During a bill signing ceremony for HB 419 and HB 7011 at West Miami Elementary School, where he was flanked by Lt. Gov. Jeanette Nunez, Reps. Vance Aloupis, James Bush, Tom Fabricio, and State Senator Ana Maria Rodriguez, DeSantis was asked if he would rather face Rep. Crist or Agriculture Commissioner Nikki Fried in the 2022 gubernatorial general election.

DeSantis poked at Crist, repeating his joke from earlier in the day where he asked which political affiliation he was running on.

DeSantis was then asked to comment on Crist's recent gaffe where he confuses him with Sen. Rick Scott.

The Floridian: Speaking of that, Charlie Crist and Nick Fried have been praising Biden, pushing the Biden agenda. Today during his announcement, he referred to you as Rick Scott. What does that say, is it too much on his mind, or is he having one of those senior moments?

DeSantis: When you run for office that many times over three decades I probably get confused with who I’m running against too, so. But look, anytime there's an open, open office somewhere you can bet someone, someone like a Crist is probably going to be slithering around for it so that's fine but we're just going to keep doing, doing what we're doing.”

DeSantis added that Democrats have been criticizing him “nonstop for a year,” and that his work with schools speaks for itself.

“You know they’ve basically been criticizing me nonstop for a year. You go back and look what they would have done, we would not be sitting in this school if they have their way because they would not have open the schools— let's just be honest with that that would have left hundreds of thousands of kids in the lurch and leadership matters in these elections,” asserted DeSantis.

Trump Launches 'From The Desk of Donald J. Trump' As New Platform Comeback