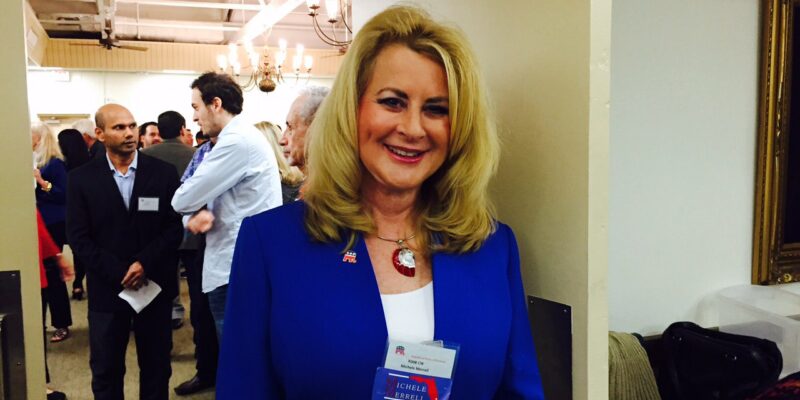 Shortly after the news broke that Reps. Greg Steube and Michael Waltz dropped out of her misrepresented wounded veteran fundraiser with General Michael Flynn this coming weekend, Broward County Republican State Committeewoman Michelle Merrell deliberately sent out another event email that appears to impersonate Gen. Flynn and falsely claims that both Reps. Steube and Waltz were still speaking at the event.

Rep. Waltz reconfirmed to The Floridian on Tuesday afternoon in Washington, D.C. that he had pulled out of the questionable event.

The new email, which was scrubbed of Michelle Merrell’s abuse and illegal use of her official position within the Republican Party, was sent out as if General Flynn sent the email out himself.

One former Broward Republican Chairman with close ties to Gov. Ron DeSantis called the email nothing less than "misleading" and an outright lie.

Here is how Merrell's email looked as it hit inboxes.

Here is an official email sent out from Senator Marco Rubio.

Does the "Gen. Michael Flynn" email lead recipients to believe it is an official communication from the general himself?

The event email still states that only a “portion of the proceeds” will go to the veteran’s group SoldierStrong, but now the disclaimer has also been altered. Merrell’s name and official title of state committeewoman have been removed and only her for-profit company is listed as the responsible party for the event.

According to a Republican source close to Merrell, Merrell is listening to bad advice and is hemorrhaging credibility by taking part in these deceptive antics.

A protest of the event is still said to be scheduled to take place at the Signature Grand in Davie, Florida this May 21st at 6 pm.

—We have made a slight correction of the record that was previously posted.