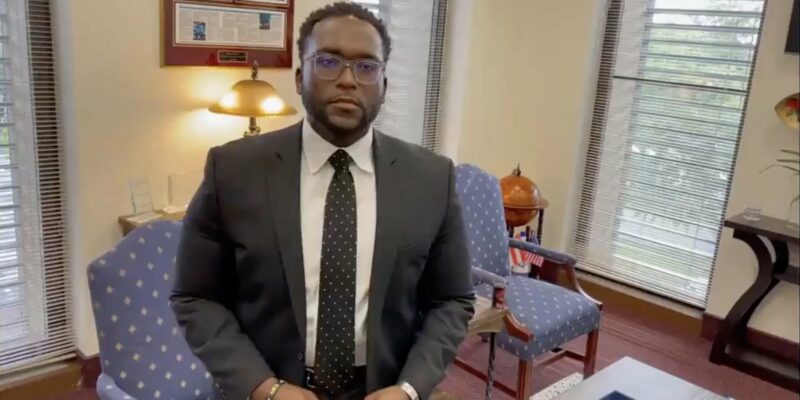 After the 2020 presidential election, a number of Republican lawmakers were vocal about changes they wanted implemented in the voting process. This concluded in SB 90,  by Florida State Senator Dennis Baxley (R)“which eliminates current requests for mail-in ballots, get rid of voter dropboxes, and adds burdensome signature requirements.” This is something that Florida Democrats argue “that Supervisors of Elections oppose.” In response to the legislation, Florida Rep. Shevrin Jones (D) shared his thoughts regarding the bill, discussing saying that it would only further “blatant voter suppression.”

Expressing that he is “ashamed” of the bill, he added that “Florida lawmakers chip away at people’s constitutional rights and pass blatant voter suppression bills squarely aimed at making it harder for communities of color to have their voices heard.”

"It's not Georgia. But it's definitely Georgia-lite." ~ @ShevrinJones on FL GOP voter suppression bill SB90.

Jones shared that “it’s inexplicable that following an election in which the state’s process was well run and no instances of voter fraud were found,” and he believes the bill is arbitrary because “the GOP’s response is to ‘solve a problem that doesn’t exist.” “Meanwhile, they continue to duck questions surrounding a real subversion of democracy impacting results in multiple 2020 state senate elections,” he noted, affirming that if his GOP colleagues “on the other side of the aisle actually care about the integrity of our elections, I suggest they start with a hard look in the mirror.”

The lawmaker has expressed his disappointment with Florida leader in the past. Most recently, he criticized Florida Governor Ron DeSantis (R), arguing that DeSantis was using “racist dog whistles” in a recent FOX News interview regarding the controversial HB1 bill that was signed into law.

“It’s pathetic that Governor DeSantis spends his time doubling down on his disingenuous attack on basic civil rights and human dignity on FOX News,” said Shevrin, asserting that “the last thing Floridians need is more racist dog whistles, yet the Governor has shown time and again that he would rather fan the flames of division with dangerous rhetoric than prioritizing the real issues Florida cares about.”