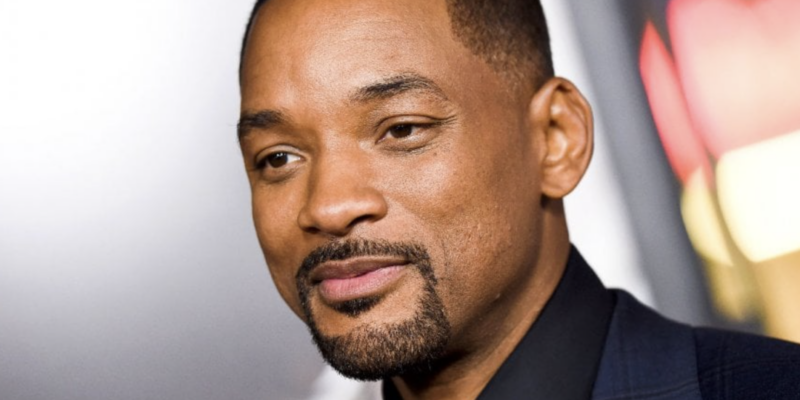 After Actor Will Smith announced that he was pulling his movie “Emancipation” from Georgia because of the recent voter integrity bill signed into law by Georgia Gov. Brian Kemp, former Republican Congressman and current Texas GOP Chairman Allen West penned a “American to American” letter to the “Men In Black” actor where he offered to discuss “the merits of the case” Smith is bitter with.

Here is the letter:

Mr. Smith, I am retired Lieutenant Colonel and former Congressman Allen B. West. It has come to my attention that you have decided to move your upcoming movie “Emancipation” away from my home birth state of Georgia.

Just so you know, I am the third of four generations of Black men who served these United States of America in uniform, all of us combat veterans, dating back to my dad in World War II.

I have enjoyed several of your movies. I believe you are a man of good intent. I want to believe that you did not make the decision to deprive citizens of the state of Georgia the opportunity to earn a living in the movie industry out of spite or a callous attempt to curry favor in the delusional world of cancel culture. Because I want to believe the best of you, I have to believe you have not actually read the new Georgia voting law. And, I truly believe your perception that it suppresses votes of Blacks and other minorities is just a misinformed reaction to the lies being promulgated.

If you have indeed read this law, I truly want to understand what caused you to take this drastic and damaging action? An action that clearly sends a message to your many fans that this law is anti-American, anti-Democracy, unjust, unfair, etc. None of which, in my objective assessment, are true.

I have read this legislation. It’s my responsibility to do so, to understand it fully. That said, I don’t see what you see or what you’ve been told. And, as a Black man, I support ensuring election integrity in our system of representative democracy. After all, I deployed to several combat zones to ensure people in foreign lands had that very privilege.

I hope you will afford me the same respect and dignity I extend to you. I hope you do not believe for a minute that I would wish to disenfranchise anyone, nor that I would want to put an undue burden on anyone’s right to vote. As a combat veteran of the United States Army, I swore a sacred oath to defend the Constitution of the United States against all enemies, foreign and domestic.

As the Chairman of the largest state Republican Party in the nation, I think my analysis of this issue and support for election integrity begs your attention.

This said, afford me the opportunity to speak with you. American to American. Let’s have an actual open discussion about the merits of this case. Let’s look at the issue of constitutionality in our electoral system and shine the light on how this or similar legislation actually makes it hard for legitimate voters to vote. We can look at what measures are in place to ensure legitimate voters can easily have identification. We can, if you choose, have a simple, straightforward discussion about how the poorest among us can use the existing identification they have and how they can easily secure identification if they wish to exercise their right to vote. We can actually look at how many people could possibly be denied the right to vote by being required to show they are legitimate voters. And consider, everyone, including minorities, must present a picture ID to travel anywhere in these United States of America. We must protect our system so that illegal voters do not skew our system.

We must safeguard the very thing, the right to vote, that was granted to Blacks, and women, as Constitutional amendments. Sadly, Joe Biden believes that “no amendment is absolute.” I tend to believe that even you would join me as being disturbed by that absurd assertion. Clearly, you can see that a warranted distrust of our voting system is causing a festering distrust and division among our citizens. Reasonable people of good faith can look at a problem, see each other’s concerns and points of view, and come to a meeting of the minds. This is how true unity is achieved. It isn’t achieved by rhetoric, rash judgments, hard hearts, stubborn minds, and an unwillingness to talk. Nor is it achieved by the fascistic means of cancel culture, boycotts, and censorship.

The Black men in my family did not act in wars, we fought in them: World War II, Vietnam, Desert Storm, Iraq, Afghanistan, and elsewhere. I am not a racist, extremist, or white supremacist. I am a servant to God and country, and I am prepared to speak with you at any time and at any place.