Amid what the GOP has labeled the illegal immigration "Border Crisis", Florida Governor Ron DeSantis (R) joined Judge Jeanine on Fox News to officially call out the Biden administration, saying they have, "created this crisis."

During his time as Governor, DeSantis has banned sanctuary cities and instituted E-Verify, a web-based system that helps employers assure that their employees are legally permitted to work in the U.S.  These policies have aligned DeSantis with Trump Republicans, and has ignited talks of him running for the Presidency in 2024.

"Biden is going in the absolute wrong direction. Trump had it right at the border, Biden's got it wrong." — Gov. Ron DeSantis

DeSantis contended that Biden's mishandling of the border is intentional, claiming that this is, "ideological", however, DeSantis still believes that, "most of the American people are going to be strongly opposed to this and hopefully they'll reverse course."

The governor plainly summarized his thoughts on the border crisis, "Trump had it right at the border, Biden's got it wrong." 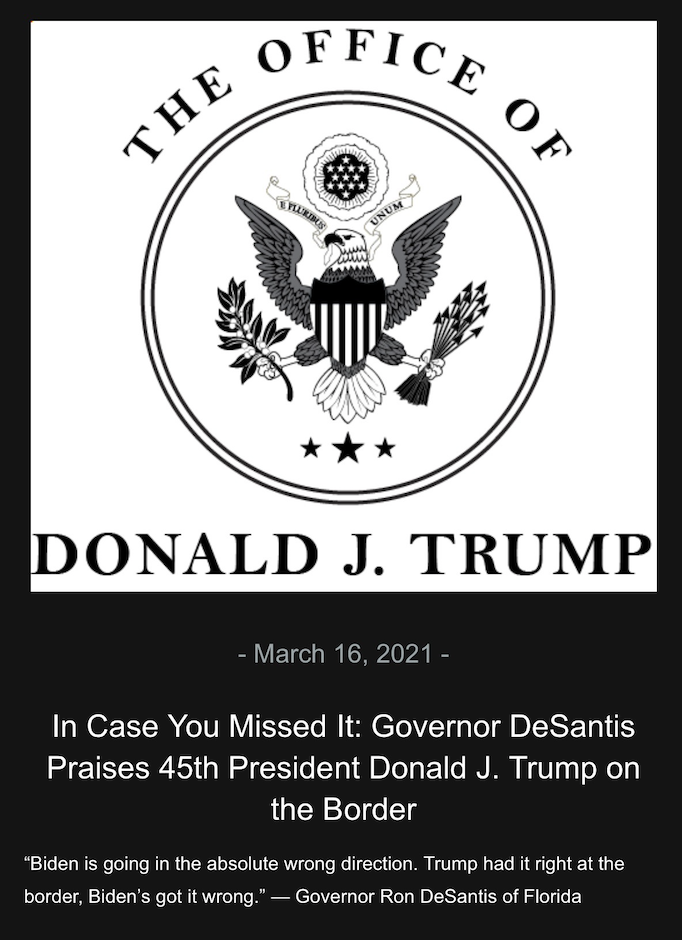