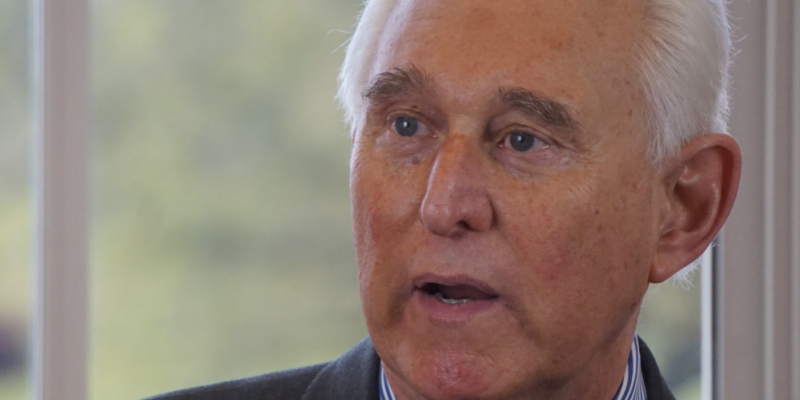 After the FBI began to round up those individuals who broke into the U.S. Capitol on January 6, it appears as if the law enforcement agency’s focus pivoted to those people they feel helped stage the riot, including veteran political consultant Roger Stone.

While he was at the “Stop the Steal” event in Washington, D.C., Stone contends that he had nothing to do whatsoever with the riot.

The Floridian caught up with Stone at the Laura Loomer for Congress announcement event at Trump International Golf Club in West Palm Beach, Florida, where he stated that “any statement, insinuation, allegation” that he was in any way involved in the riot was “categorically false.”

“Let’s be very clear,” said Stone. “Any statement, insulation, report, allegation, or even implication that I was involved in or knew anything whatsoever about the riot in the Capitol on January 6th is categorically false. And any honest investigation will turn up no evidence or witnesses to the contrary.”

Stone was referring to a CNN story that reported that he was being investigated by the FBI for ties to Proud Boys group and his possible involvement in the Capitol riot.

We then asked him why he thought he was being singled out.

“I think they are very angry about the president’s pardon against me, but it’s essentially guilt by association,” he added.

President Donald Trump pardoned Stone after he was convicted of lying to Congress when he was questioned in the now-debunked Russian collusion investigation.