The U.S. Department of State has posted on its official website that President Donald Trump’s term in office has ended effectively at 7:40 pm today January 11, 2021.

We have not been able to verify if this posting is accurate or was a mistake or a signal that the president will leave office later today. We reached out to the Department of State but they could not be reached.

***Update: Now the website states that the presidency ends at 7:49 pm. Someone is changing the times.

*** Update: The State website is now experiencing a 404 error. 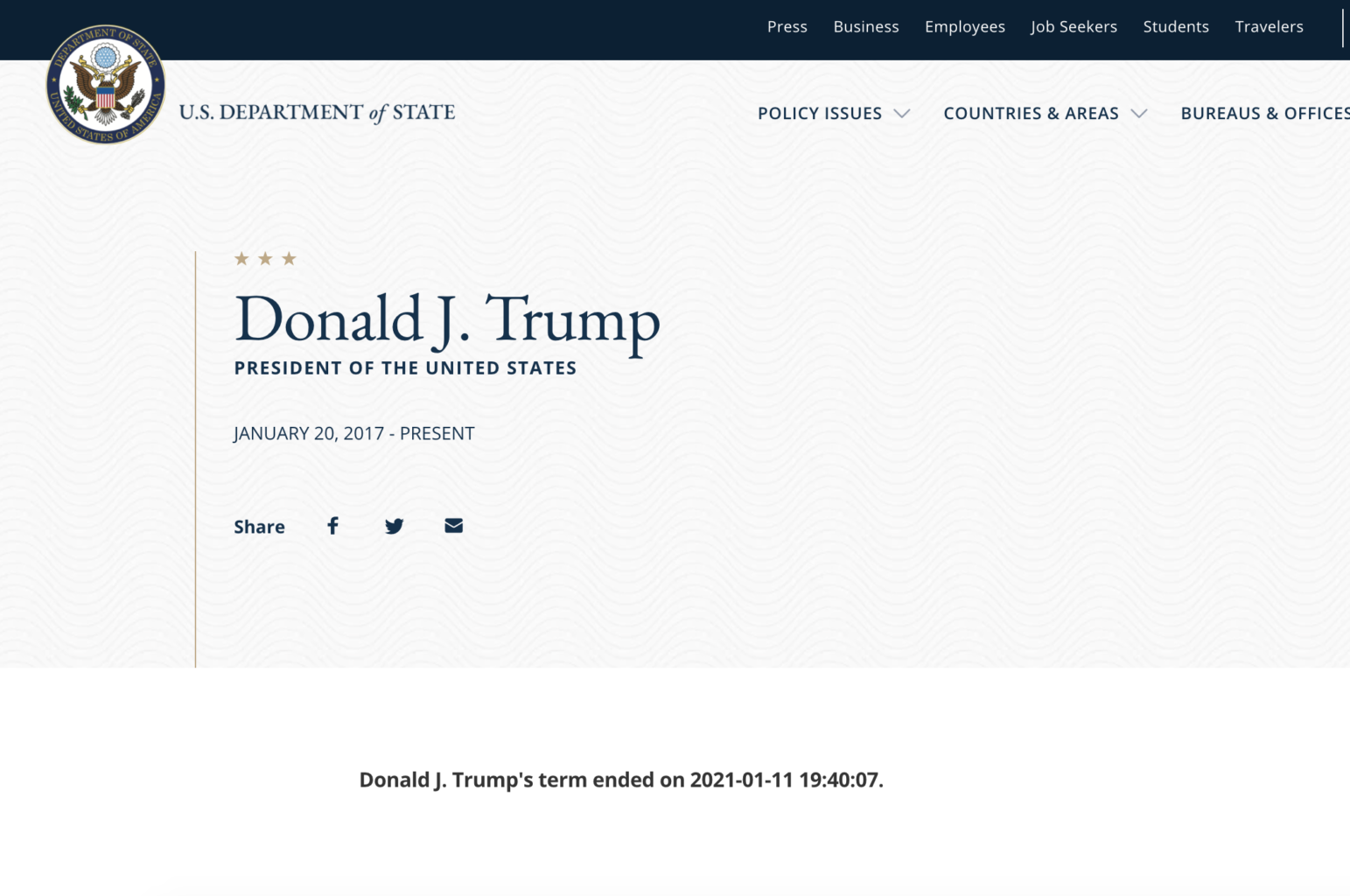