Florida Democrat Rep. Darren Soto wants the  House Energy Committee to investigate Gov. Ron DeSantis and his administration, and possibly the Trump administration, over potentially fudging of the COVID “death stats” in an effort to aide the president’s 2020 reelection efforts.

Soto, Reps. Ted Deutch, Debbie Wasserman Schultz, and Stephanie Murphy are just a few of the House Democratic Caucus that have blamed DeSantis for the COVID deaths in Florida.

Rep. Soto cites the South Florida Sun-Sentinel and their in-depth report on the potential covert actions the Florida Department of Health took to hide the actual number of COVID deaths in the state. The Sentinel contends that in the days leading up to the Nov 3 general election, the numbers were rigged.

The report outlines the instances the state allegedly manipulated the data and its constant backlogging of death caused by the pandemic. The paper suggests that whatever DeSantis’ and his state health agency’s actions “led to more favorable death trends as the election approached. 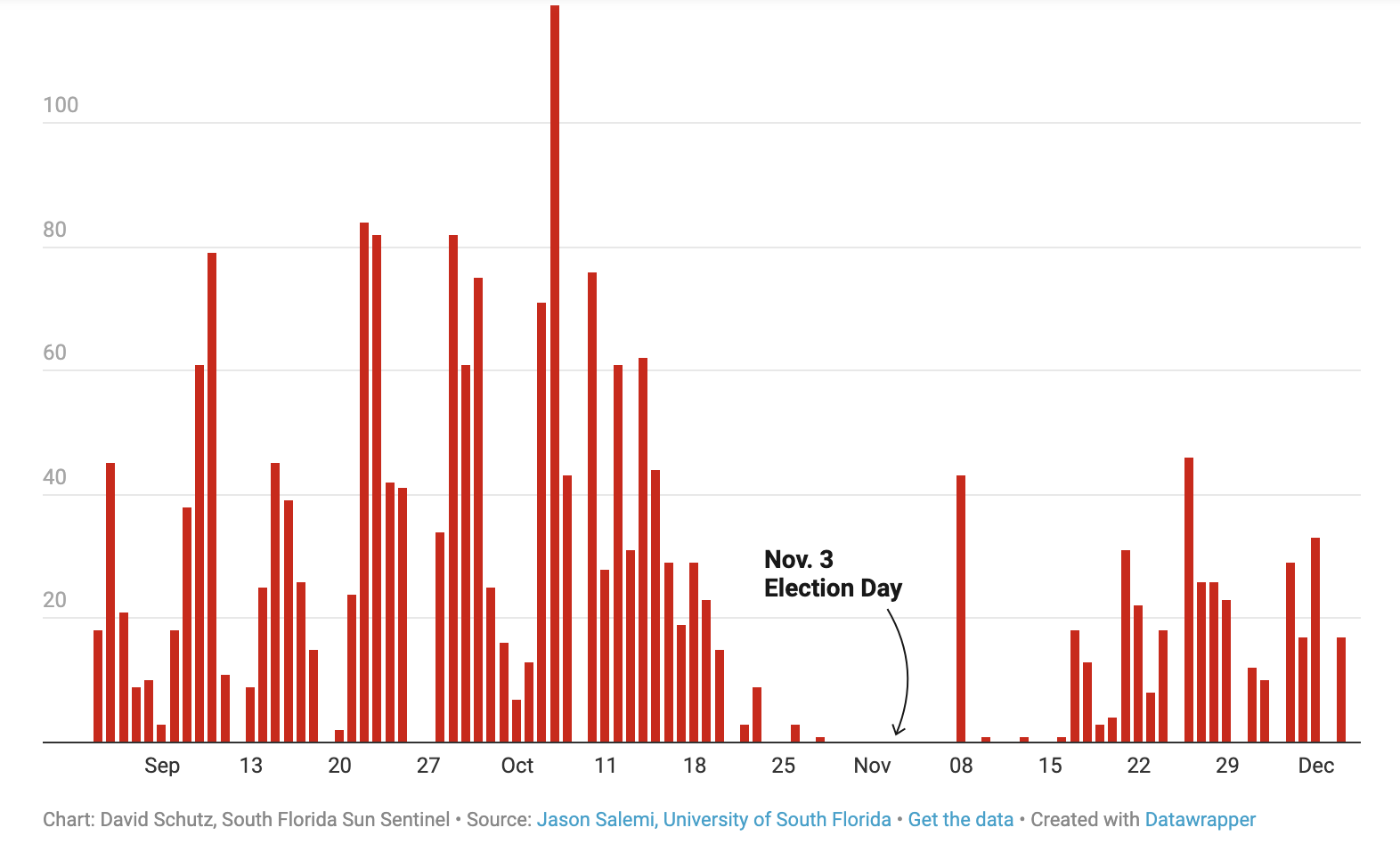 The report points to the very beginning of November where no deaths were reported. In the same image (below) shortly before and after the election, COVID deaths spike and then fell, only to continue trending upwards.

But while it appears that zero deaths in the first days of November may have helped President Trump, it's hard to prove that it did.

First of all, early voting polls closed on Sunday, November 1. On Monday, November 2, all polls were closed. So, if anything, the death rates being reported helped Trump on Election Day.

But ask yourself, how many Floridians actually went to the states’ COVID website on a daily basis, and of those that did, did the death rates actually change their mind into voting for President Trump?

Most likely it didn’t.

Now, take into consideration that most Floridians voted by mail with Democrats overwhelming Republicans in that voter state category.

According to the Florida Division of Elections, Overseas ballots were sent out on September 24. On September 29, all other Absentee ballots began to mail out.

Polls show that Floridians were mailing it in, and according to Democratic consultant Kevin Cate of CATECOMM, who was tracking and posting the daily vote count, Democrats capitalized on the fear of in-person voting.

But let’s look at that image the Sun-Sentinel posted again. 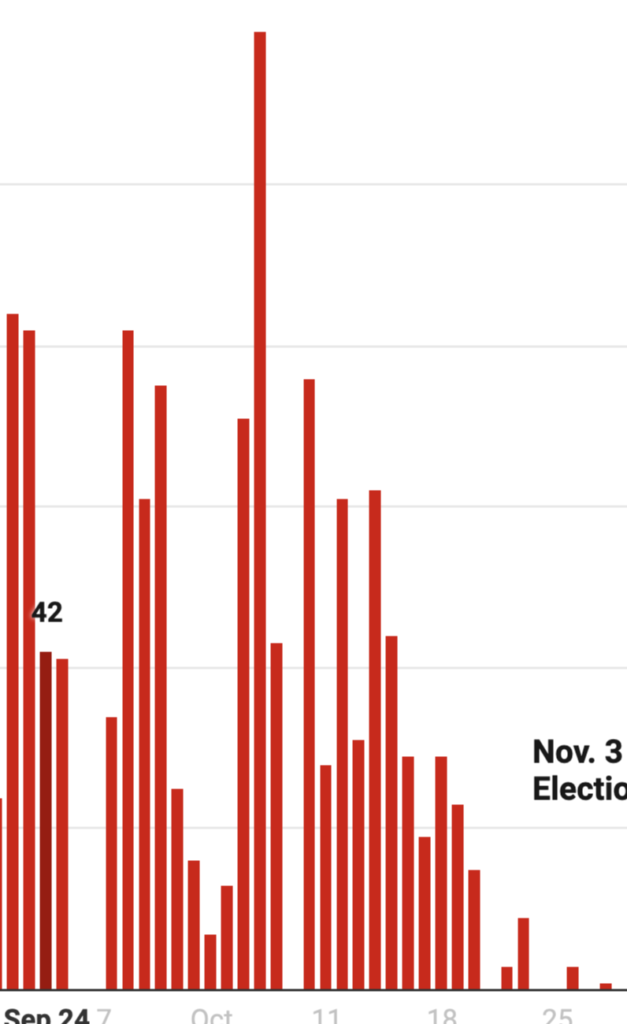 Notice the spike in deaths fluctuated as mail-in ballots were hitting mailboxes. There are two days that did not report any deaths.

Why isn’t the Sentinel also focusing on the days following the election that did show any deaths?

Yes, the backlogging of deaths as a result of the virus does not give an accurate daily reporting of deaths, but it still tallies the deaths non-the-less.

Again, most Floridians had already decided who they were going to vote for this 2020 election cycle, and most of them mailed in the vote, as we already mentioned.

COVID did not cost Vice President Biden and Florida Democrats the election, the pro-Socialism message that Republicans put forth did. The call to investigate the numbers is above board, but will any investigation result in another congressional circus lke we say during the House impeachment of Trump?