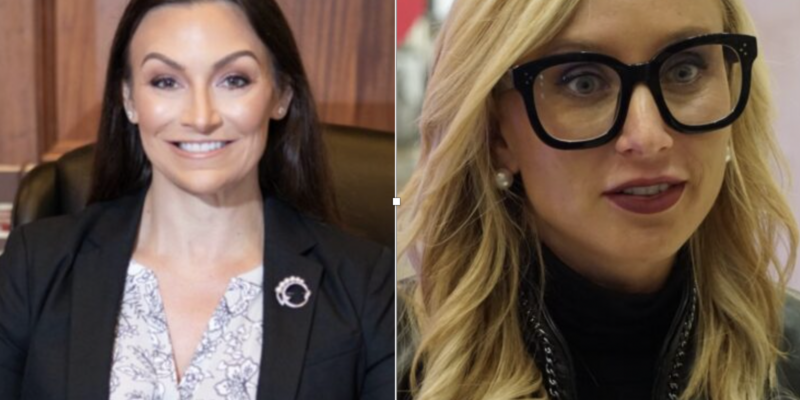 Agriculture Commissioner Nikki Fried says she is focused on her current job and not a future run for governor 2022, but her criticism of Gov. Ron DeSantis paints a different picture.

If you pay attention to Fried's criticism of Gov. DeSantis, it's almost unbelievable how hellbent or desperate she comes off by trying to land political points against the sitting governor.

AG Fried is said to be mulling over a probably run against DeSantis, who Florida Democrats have pegged as their new political boogeyman because of his support of President Donald Trump and DeSantis' refusal to lock down the state or implement mask mandates as a result of the COVID-19 pandemic.

Fried is the first Democrat to win a statewide seat in over a decade, making her a natural choice to be her political party’s gubernatorial nominee, right?

Yes, Fried is the natural choice to run against DeSantis, but not the only choice.

Sen. Book, who has some very liberal ideological leanings, is considering to be more of a moderate and has not attacked DeSantis in the way Fried has.

One thing is to question DeSantis's actions, another thing is to downright dress him down as Fried has done.

“I will continue to hold him accountable for the destruction and loss of life he has brought upon the state because of a lack of leadership and his politicization of this pandemic,” stated Fried.

Book, who has been working on common-sense bipartisan legislation while in the Florida legislature,  has shown restraint and has been respectful of DeSantis while at the same time questioned some of the COVID policies put forth by his administration.

Book is also in a good place politically, but Fried may not have much of a choice, and going after DeSantis’ jugular could be her only play.

Running for reelection could be an option for Fried, but not a viable one.

Fried narrowly won her race in the “Blue Wave” mid-term election year of 2018, but considering how far to the ‘Left’ Democratic Party has gone, not to mention her berating of President Trump and DeSantis, Florida Democrats are poised to have their clocks cleaned out in 2022.

Because Republicans will field viable options to challenge Fried if she runs for reelection, her prospects of winning are a pipedream if Democrats continue to embrace Socialist policies.

Actually, Fried's full-throated bashing of Trump and DeSantis may have already compromised any future run for office, any office.

A Book gubernatorial primary challenge to Fried would blow up the Florida Democratic Party.

Florida Democrats won't be able to throw their full weight behind Fried as they have planned to, for fear of damaging one of their brightest and future political stars in Lauren Book.

A Book vs. Fried primary would almost certainly turn into a moderate Democrat vs Socialist Progressive catfight Republicans could only dream of.

Fried has solidified her progressive bona fides and will shore up the base of the party, but Book could scoop up the support from mainstream Democrats who would like to distance themselves from the more radical and boisterous left-leaning faction of their political party.

Again, ‘if’ this scenario plays out. ‘If’ both women run for governor in 2020, the Democratic primary race will be nothing less than a contentious ideological struggle.

Also, take this into consideration. With the kind of losing state Democrats sustained in 2020, another losing election in 2022 could cause irreparable damage in future elections.

DeSantis has the firm upper hand regardless of who Democrats put up.

Can you imagine the support that will get behind DeSantis if he were to face Fried in the general election? The full weight of the Trump presidential campaign will come down on Fried and Florida Democrats.