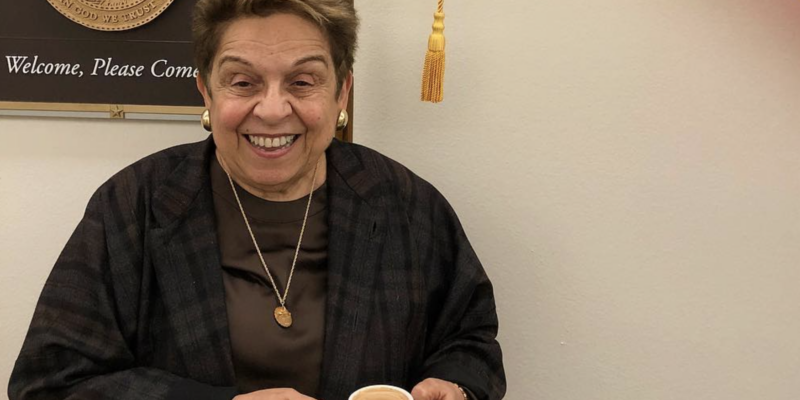 When Congresswoman-elect Maria Elvira Salazar (R) announced that she was strongly considering starting the “Freedom Force” to act as a counterweight to the Democratic Socialist House “Squad” led by Rep. Alexandria Ocasio-Cortez (D), politicos began to salivate over the potential daily, mano-a-mano, in your face cage match between the ideological factions of the two political parties in the U.S. House of Representatives.

Salazar, who is coming off a historic upset of self-described “pragmatic socialist” and Rep. Donna Shalala (D), campaigned against the growing Socialism agenda Democrats have put forth, and has all but became the lead in the House on combatting the Socialist aggression in the Western Hemisphere.

Unfortunately, Rep. Shalala appears to be a bit upset over her loss to Salazar and has labeled Salazar and Congressman-elect Carlos Gimenez (R) as McCarthyism hacks who won their respective congressional races off of fear-mongering.

“McCarthyism moves to Miami,” tweeted Rep. Shalala about a Miami Herald story highlighting the Gimenez and Salazar wins, and the anti-Socialism platform that ushered them into office.

Shalala had always contended that she did not support Democratic Socialism, but refused to denounce the actions and ideology of the “Squad” even as her votes were over 90% in line with the Progressive/Democratic Socialist caucus in the House.

Florida Democrats, including the Miami-Dade Democratic Party, went all-in with the ill-fated ideology and failed to address the real issues that hit home for those Cuban and Venezuelan exiles.

Remember, it was Shalala who called herself a “pragmatic Socialist.”=

Her labeling of herself as a socialist was the kiss of death for her campaign.