All of the public opinion polling that has been conducting shows that Americans prefer and trust President Donald Trump over former Vice President Joe Biden when it comes to job creation and the economy.

The economic uptick since President Trump took office has been unprecedented, and even as the nation continues to struggle to recover from the COVID-19 pandemic, the markets are back on a record-setting pace. 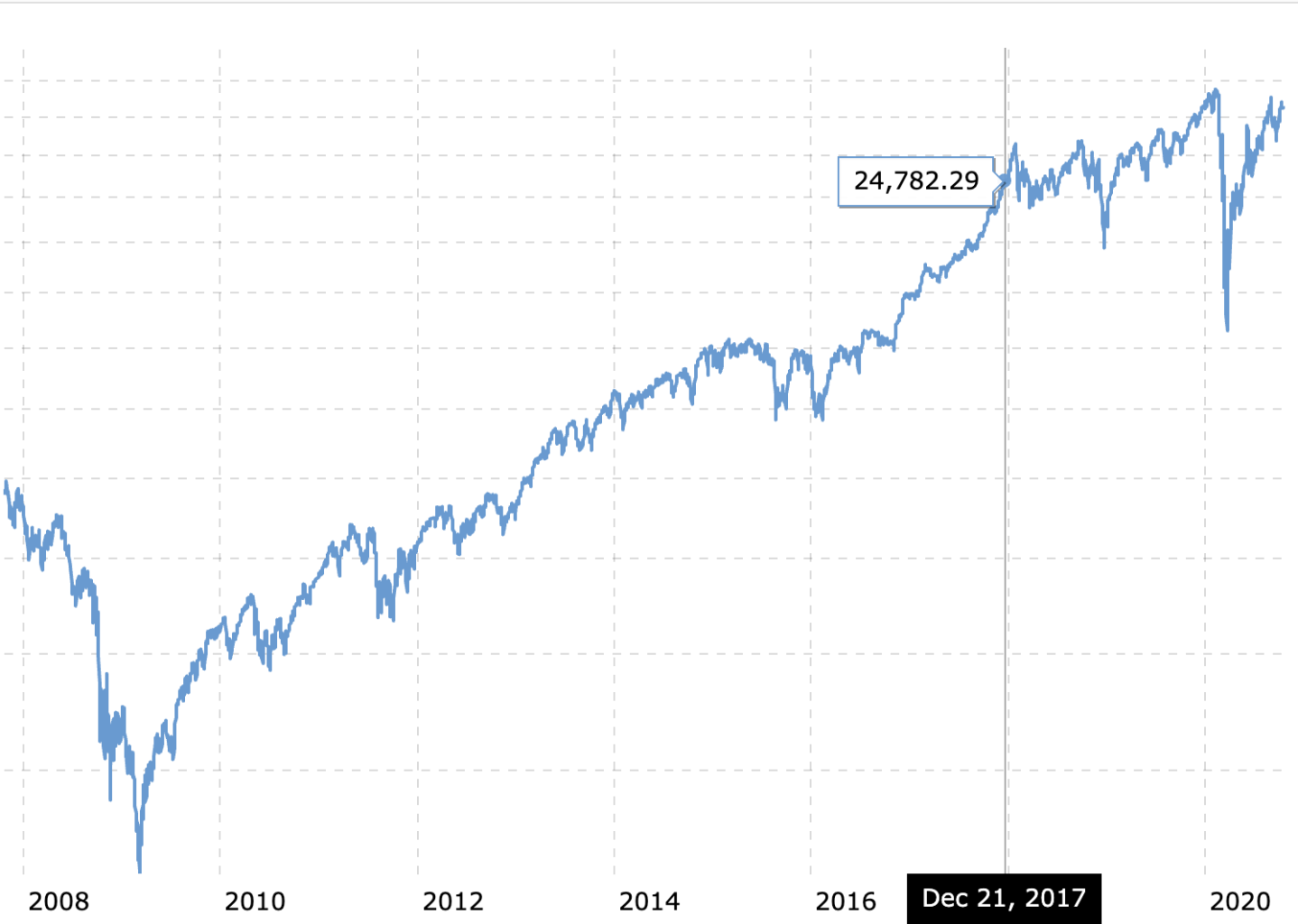 Prior to the 2016 presidential election, the Obama economy had plateaued, but when Trump won, the markets soared and the economy boomed.

A year after taking office,  Trump signed into law the Tax Cuts and Jobs Act, a measure that according to the now-Democrat-controlled House Ways and Means Committee has:

Biden has vowed to roll back the tax cuts, so the markets are wary about a possible Biden presidency.

Marketwatchers have already signaled that there could be a significant sell-off if Biden wins. According to the Wall Street Journal, “Biden’s Tax Whopper” of a plan will affect everyone, not just those Americans earning $400,000 or more a year.

WSJ —“Republicans in 2017 lowered the top rate to 37%, and Mr. Biden says he would merely return the rate to where it was before the GOP tax cuts. But that’s before add-ons. He would also restore the Pease deduction limitation for high earners, which tacks on the equivalent of 1.2%.

He also wants to extend the Social Security 12.4% payroll tax to income over $400,000. The current cap is $137,700. Half of the payroll tax is paid by the employer, but economists know it’s still a tax on labor income, which means workers. The top marginal rate would rise to 57% including 3.8% in Medicare taxes, and that’s before state taxes that run as high as 13.3% in California.

Oh, and he’d also raise the tax on the capital gains of high earners to the same rate as wage income, increasing the rate to 43.4% (39.6% plus Medicare 3.8% investment tax) from 23.8%. Mr. Biden on Thursday estimated that these increases on high earners would raise $92 billion, but that’s before they put their tax lawyers to work. It’s also not even a modest down payment on his proposed new spending.”

The latest polls show that President Trump has gained momentum over the past several weeks, closing the 10-point lead gap that Biden held just a month ago.

It’s going to close. Very close. But then again, 2016 was supposed to be close and Hillary Clinton was tapped the winner before the final votes came in.