With the U.S. Congress split along party lines, and continued legislative impasses the everyday norm in the House of Representatives, it’s rare for members of one political party to ask their very one leadership to work with the opposition party to do their job — pass bipartisan legislation that would help all Americans, regardless of political affiliation.

Twenty-three members of the House Democratic Caucus penned a letter to Speaker Nancy Pelosi and Majority Leader Steny Hoyer urging them to “continue bipartisan negotiations” with their “Republican colleagues” and the Trump administration.

The letter asks that Speaker Pelosi send the Republican-controlled U.S. Senate “a compromise bill before the election that is reasonable” so that President Trump can sign the legislation into law.

The lawmakers, including Florida Reps. Stephanie Murphy and Darren Soto were referring to the ongoing COVID-19 relief negotiations that have all-but stalled and even went as far as to quote the president saying that he believes he can “convince” Republicans to vote in favor of a more robust spending bill, adding that “it would be unacceptable” for them to go back to their respective districts “without passing meaningful legislation. 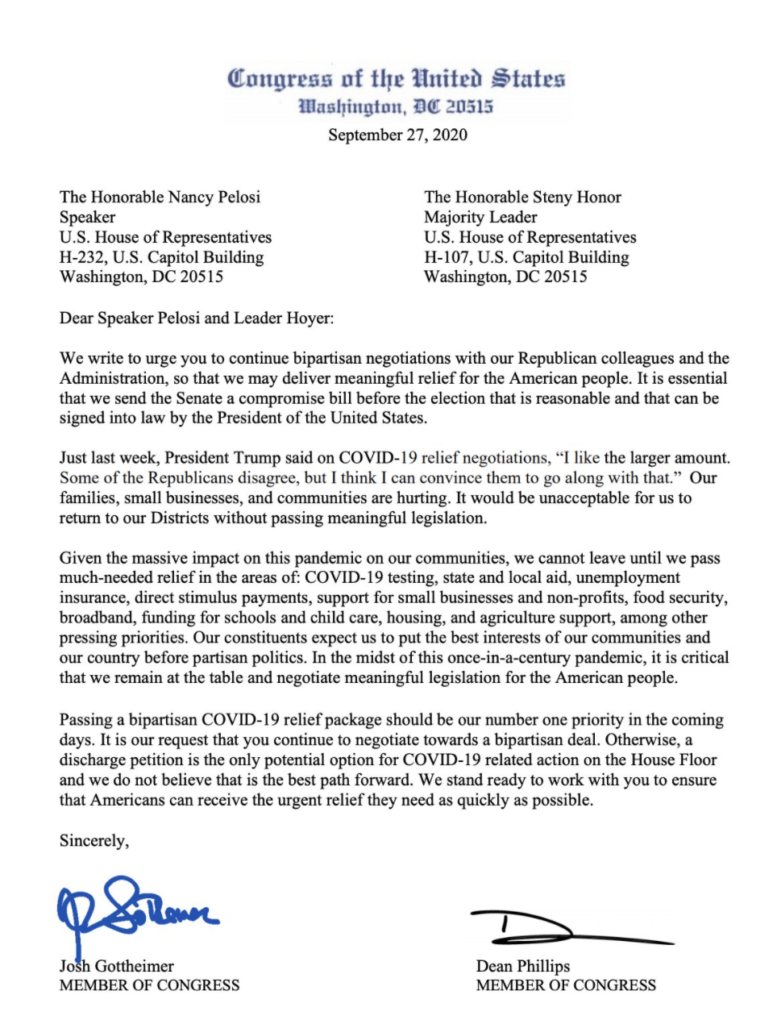