Amidst contention between Republicans and Democrats over the nomination of Judge Amy Coney Barrett, the race is on over whether or not Barrett will be voted on in the next few weeks.

Democrats warn that Barrett is a threat to American democracy and to women’s rights as a whole, and now Republicans are throwing their support behind Barrett, calling her the perfect addition to the Supreme Court.

As Americans prepare to see the first presidential debate, Florida Senator Rick Scott (R) met with Judge Barrett, and he released a statement in support. 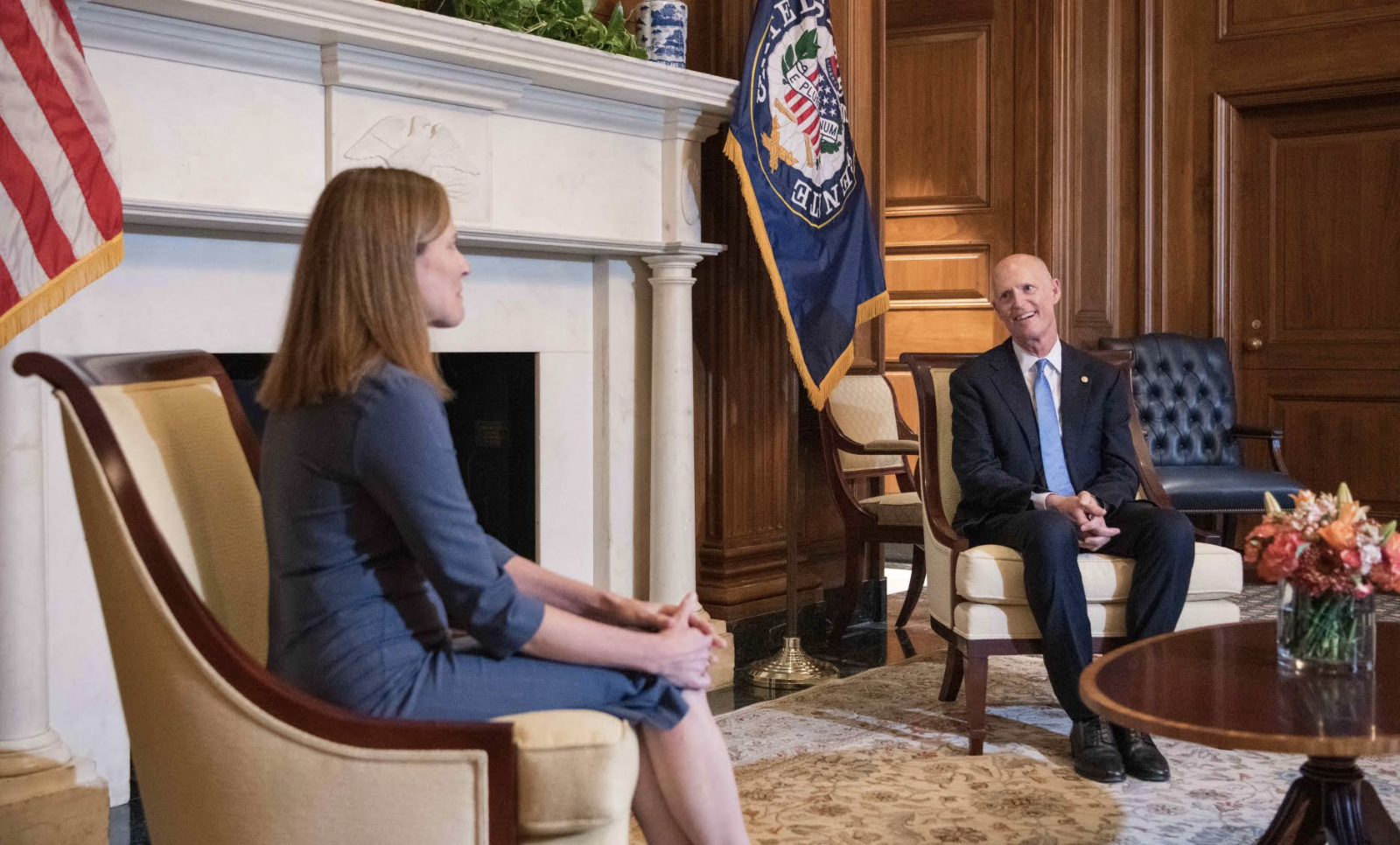 The former Florida Governor said that he “was honored to meet with Judge Amy Coney Barrett today to hear more about her judicial philosophy, and I fully support her nomination to the U.S. Supreme Court.” Moreover, Scott said that “Amy Coney Barrett has a distinguished record of service to our nation, respects the separate roles of our three branches of government and will apply and follow the law as-written, not legislate from the bench.”

He concluded that Barrett “is highly qualified, and I look forward to the Senate moving swiftly to confirm her to the U.S. Supreme Court.”

Barrett has received heavy pushback from Democrats who have called Republicans hypocrites over their own pushback when President Obama (D) sought to nominate Judge Merrick Garland.