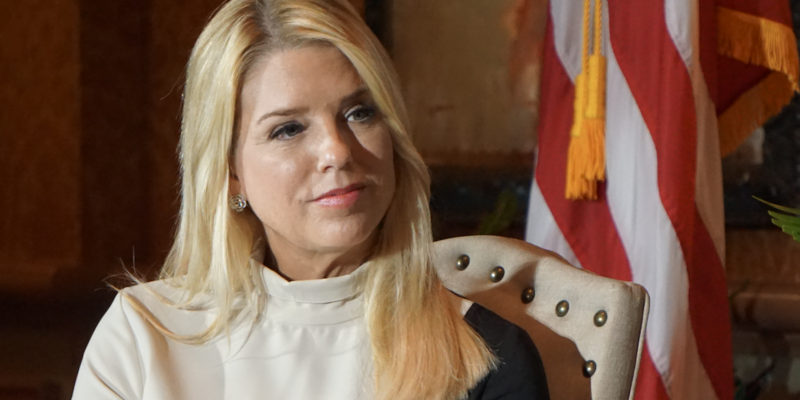 “He’s got some weird obsession with Florida,” said Bondi “In 2015, he took out $10 million in hit ads against me and a couple other attorney’s general, and how did that work out for him, not so great.”

Bondi jabs against Bloomberg continued, as the former prosecutor poked fun at Bloomberg’s failed and expense presidential campaign, reminding voters that Bloomberg spends $100 million in hit ads in Florida during the 2020 election cycle.

“Now he comes in to try to pay $20 million to pay fines for convicted felons so they can vote, you know what…. He needs to spend this money back in his state. People aren’t leaving New York, they are fleeing it. He needs to get over his obsession with my state, and focus on helping his state because it’s not working for him.”

Rep. Matt Gaetz (R) announced that he had spoken to Florida Attorney General Ashley Moody and called for a criminal probe into Bloomberg’s election payday for Felons.

McCarthy Threatens Motion To Oust Pelosi If She Attempts Impeachment