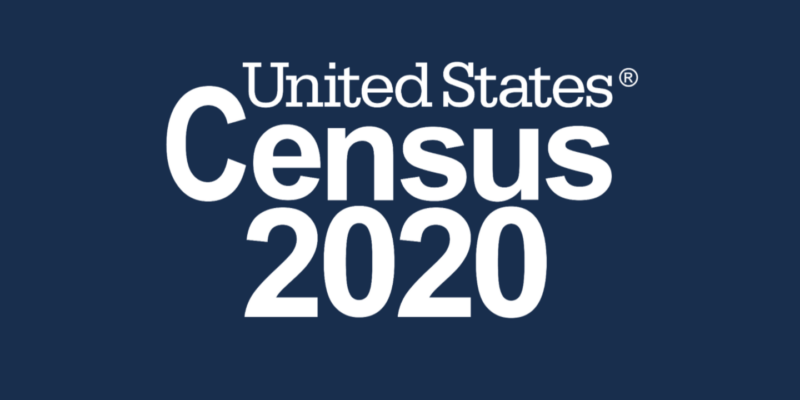 We are now less than 50 days from November 3, when Floridians and others across the country will officially cast their votes in elections ranging from decisions on local ballot initiatives all the way to the President of the United States. Before that, however, is another deadline that will have a major, long-lasting impact on our state for the next ten years.

On September 30, the Census is set to conclude its process of collecting responses before officials move on with enumerating and delivering their final results. As it has done to every other facet of our daily lives, though, the outbreak of COVID-19 has made usual Census procedures much more difficult, and Florida in particular continues to lag behind much of the rest of the U.S. Now, of course, a busy storm season is creating even more hurdles. If the Census collection deadline is not moved back, then it's highly likely that Florida and dozens of other states will go undercounted.

Potentially the most immediate concern associated with an undercount would be that Florida would lose hundreds of millions in federal funding. In fact, Congressional research shows that Florida stands to lose approximately $190 million every year if our state’s population is undercounted by just one percent. If our current low response rates hold, that number would only be multiplied.

Those are funds that we have been paying for with our tax dollars, and which need to come back and help our communities. Beyond improving our roads and bridges, education and health care, it is important that we have that federal aid available should another hurricane devastate Florida’s shores. Recent years have seen even more storms than in decades past, and if that trend continues, then it will be more important than ever before that we have access to those relief funds.

An undercount in the Census would shortchange our state beyond lost federal dollars, however. The results of the Census are what the government uses to reassess the way seats are distributed in the House of Representatives. We have 27 seats in the House right now, but that could change quickly if the Census results are not complete. Instead of staying here where they belong, those Congressional seats would be headed to other states with higher response rates.

There’s a simple, common-sense solution to mitigate this risk, and that’s moving back the Census collection deadline. That way, Census officials will have more time to gather accurate results and then will be able to more effectively allocate funding and House seats. It will ensure that the Census lives up to its Constitutional purpose, and Florida and our entire country will be better off for it.

For this exact reason, momentum is building among Republicans and Democrats alike in Congress to delay the Census collection deadline. As more Senators and Representatives come out in favor of this movement, it becomes increasingly likely to become reality. Just this week, Senators David Perdue (R-GA) and Steve Daines (R-MT) signed onto this effort. Thankfully, in Senators Marco Rubio and Rick Scott, Florida has sensible and influential voices in the Senate. I have full faith that they will realize the importance of delaying the Census collection deadline for the sake of our state and will speak up on behalf of all Floridians.

If Florida is undercounted in the Census, we will not have an opportunity to correct it until 2030. That is a decade of legislation that we will have less sway over and potentially billions of dollars in federal assistance lost. Florida cannot afford for that to happen, so it is essential that Congress delays the deadline for collecting Census responses. Otherwise, it will be a long wait until we get another chance.