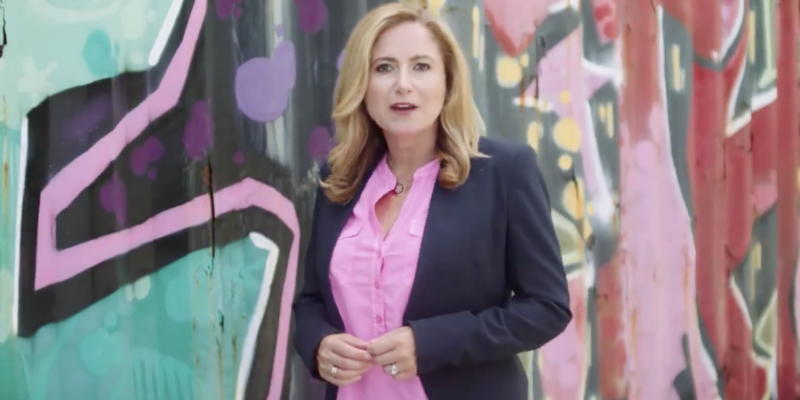 Florida Rep. Debbie Mucarsel-Powell (D), who is running for reelection after turning her district blue in the 2018 midterm election, has just released her first advertisement.

Sharing the advertisement on Twitter, Mucarsel-Powell noted that she “came to America at age 14. And made my way from working in a donut shop to fighting for you in Congress.”

She added that she has one message for voters when it comes to seeking a reelection bid. Her “message for Donald Trump: Don’t mess with my people.”

I came to America at age 14 and made my way from working in a donut shop to fighting for you in Congress.

And I’ve got a message for Donald Trump: Don’t mess with my people.

I need you in this fight. Join me: https://t.co/D48EOuaEFh pic.twitter.com/KJiTlkhWV5

In the advertisement, Mucarsel-Powell recounts her upbringing, saying that her journey to Congress is proof of "what's possible in America."

She adds that "The truth is, right now, there's a group of corrupt people in power trying to make that harder for all us," which takes political jabs at not only the President but also Senate Majority Leader Mitch McConnell (R) and her Congressional opponent Mayor Carlos Jimenez (R).

Outlining the financial effect that their decisions have had on Americans, Mucarsel-Powell made the distinction between herself and Republicans, arguing that she is "fighting every day for those who have a dream and the courage to pursue it."

The ad closes by her tugging on the Racecard,  referring to Black Americans as having to "rise up and protest just to keep from being killed." 'DMP' also took a swipe at the U.S. immigration system, saying that she is "fighting" all of the "immigrant children whose bedroom is a cage."