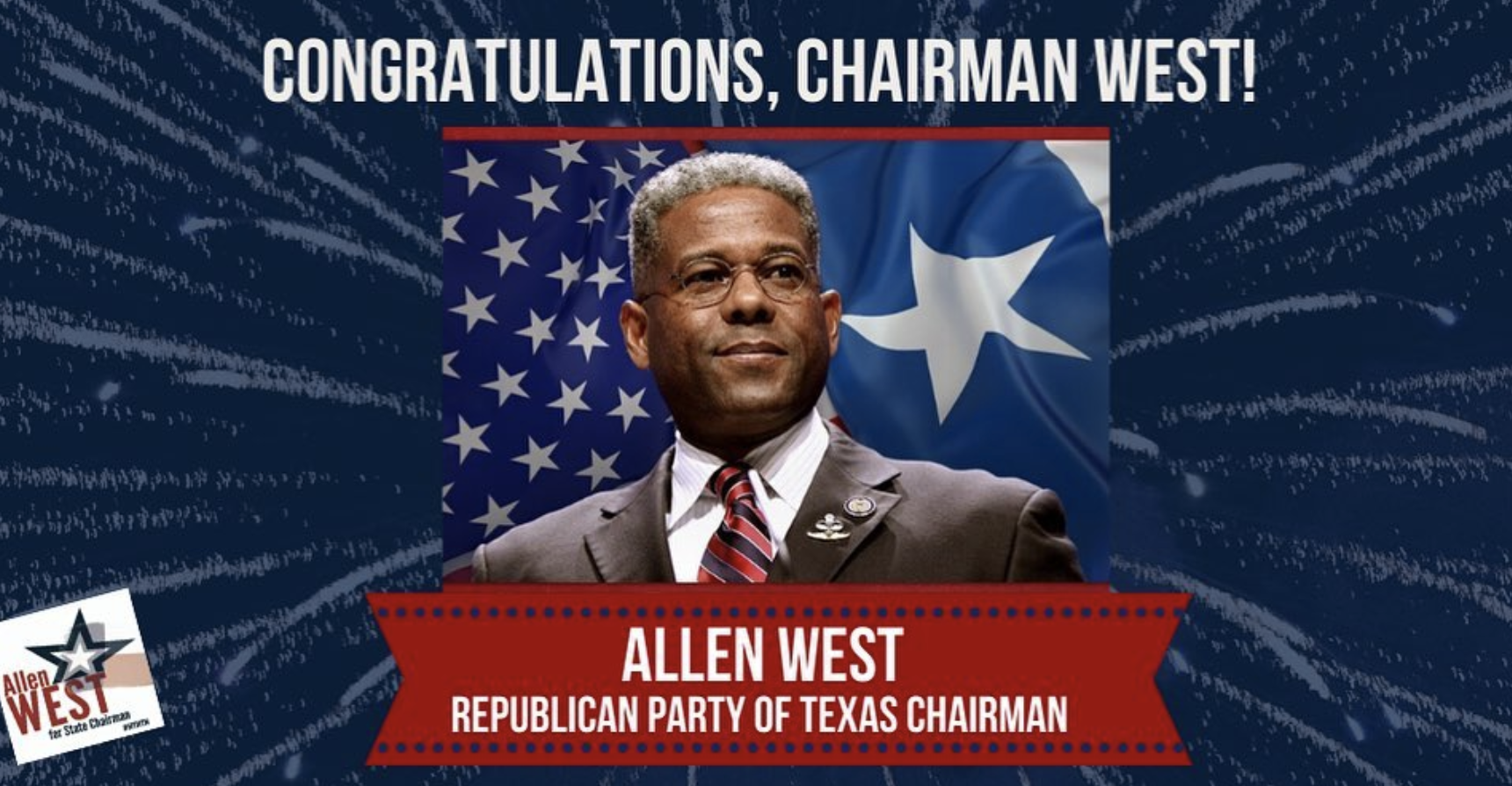 Former Congressman Allen West has won the chairmanship of the Republican Party of Texas. Former Texas GOP Chairman James Dickey conceded to West at 3 am on Monday after West had won 21 of the 31 state senate districts, the loving father of two told his family. West later tweeted out that he was “truly humbled” and honored to have the opportunity to “work hard for Texas and Texans.”

Political insiders in Texas and those paying close attention to this race were in disbelief after the vote that was supposed to take place last Friday drag on through Monday morning. According to one insider,  Dickey and his team were ill-prepared to carry out the duties needed to run a smooth virtual election and convention.

One Austin-based insider even suggested that Dickey was stalling the inevitable, trying to buy himself more time in hopes that West supporters would side with chairmanship. They didn’t.

Polling as late as July 15 showed that West held a 3-to-1 lead over Dickey.

I just want to say how truly humbled I am by this honor, and that I will work hard for Texas and Texans.

I would like to thank my amazing and dedicated team, as well as an incredible number of supporters.