The protests and riots that were sparked as a result of the death of George Floyd at the hands of a white Minneapolis police officer continue to rage on in cities and communities like New York, Seattle, and Washington, D.C, but in most parts of the country, like in Austin, Texas,  the protesting is almost non-existent.

In Florida, the protests and subsequent riots took place in downtown settings and in front of police departments, with the looting and vandalism occurring in the more upscale and tourism-driving areas.

Yesterday, Rep. Debbie Wasserman Schultz (D) attended another calm and peaceful protest, but it wasn’t held in one of the "communities of color" or in front of a police department like past protests.

Rep. Wasserman Schultz and a handful of other mostly caucasian protestors took to one of the corners at the intersection of Royal Palm Drive & Weston Road in Weston, Florida, a very white and affluent community in Broward County, Florida.

When Americans unite our voices, we change the world,” stated Wasserman Schultz “I was proud to take to the streets today and demand “JusticeForGeorgeFloyd as we work to transform policing in communities of color.”

Wasserman Schultz, who lives in and represents the City of Weston, has been one of the most outspoken critics against police brutality and recently co-sponsored The Justice in Policing Act, a bill that calls for deep law enforcement reforms. 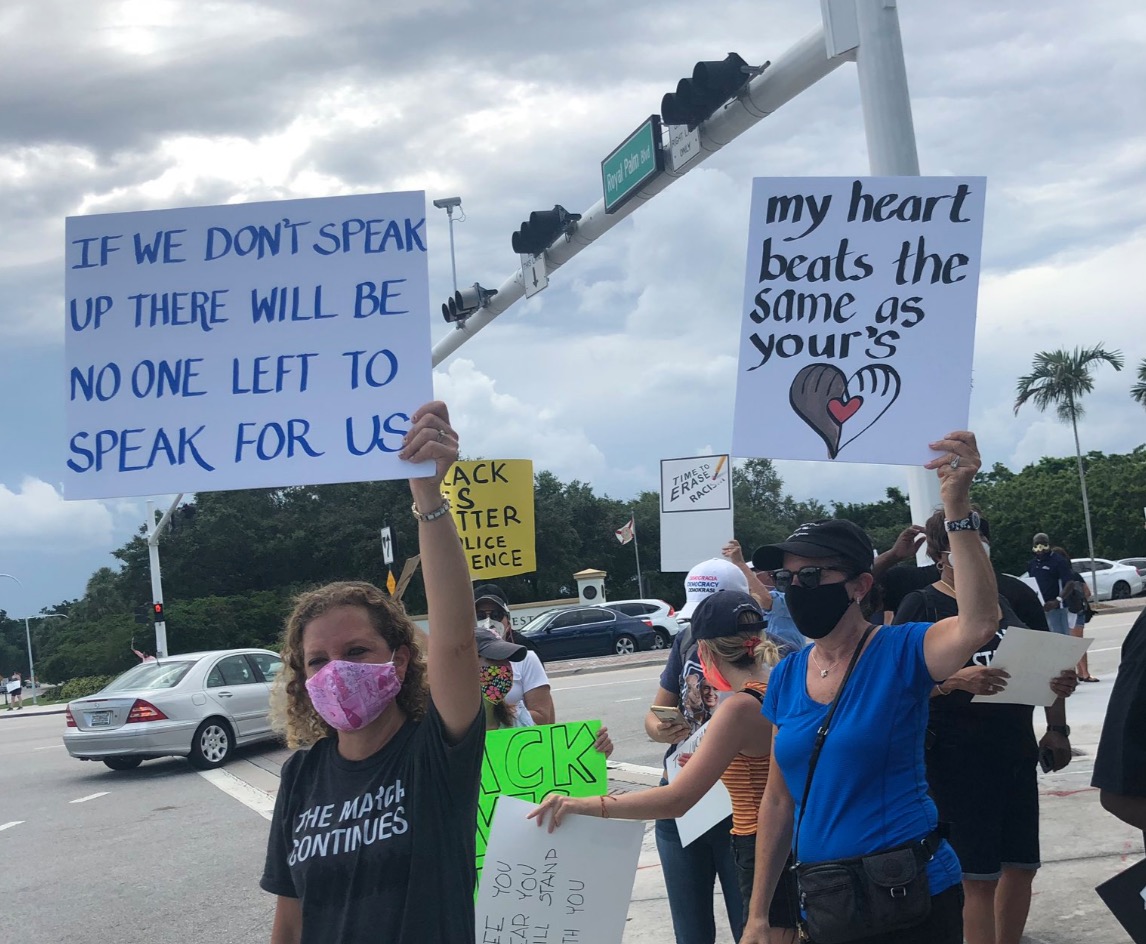 According to Wasserman Schultz, the bill would mandate “the use of body & dashboard cameras,” ban “chokeholds & and no-knock warrants, and end the “transfer of made-for-war weapons to local police departments.”

In regards to the “made-for-war weapons,” the congresswoman is referring to , the bill specifically lists some weapons like “mine-resistant ambush-protected vehicles,” but is vague about others.

Here is how the language reads about the use of military-grade equipment by local and state police forces;

“The Department of Defense categorizes equipment eligible for transfer under the 1033 program as “controlled” and “un-controlled” equipment. “Controlled equipment” includes weapons, explosives such as flash-bang grenades, mine-resistant ambush-protected vehicles, long-range acoustic devices, aircraft capable of being modified to carry armament that are combat coded, and silencers, among other military grade items.” (Congress.gov)

When Americans unite our voices, we change the world. I was proud to take to the streets today and demand #JusticeForGeorgeFloyd as we work to transform policing in communities of color. pic.twitter.com/DyEHxALTdA