Tension continues to rise in the race to replace Florida Rep. Francis Rooney (R) in Florida’s 19th Congressional district as Republicans have turned on each other in the hopes of coming out on top as the Republican nominee.

In a new print advertisement that has been delivered to potential voters, Dr. Fig takes aim at his Republican rivals, Fort Myers Mayor Randy Henderson and Florida Rep. Dane Eagle.

In a statement printed on the advertisement, Dr. Fig affirms that he’s “running for Congress because Southwest Floridians deserve to have a representative who answers only to them.” Moreover, he asserts that he “CAN’T BE BOUGHT.” And, noting that if he should make it to Washington, “I will fight for our shared conservative values, NOT SPECIAL INTERESTS.” 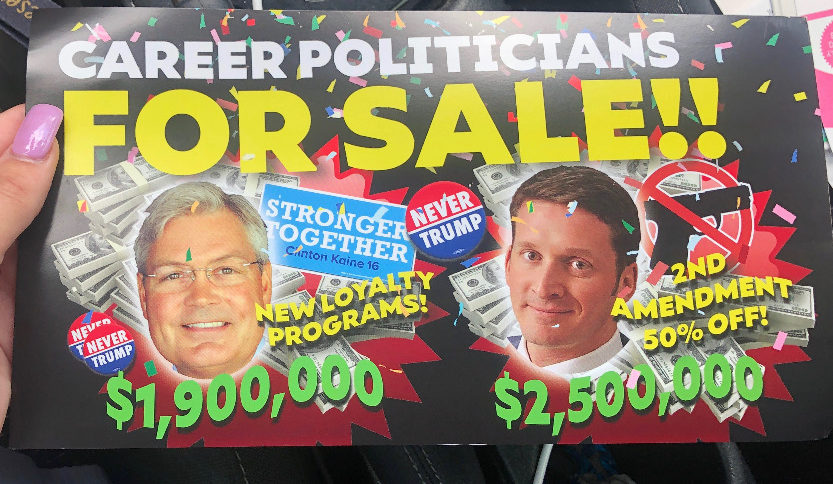 Criticizing his Republican opponents, Dr. Fig highlights that Henderson supported Secretary Clinton’s (D) bid for the White House in 2016. As well, he argued that Rep. Dane Eagle would be a lawmaker that would give the 2nd amendment to voters at “50% off!”

Rep. Byron Donalds (R) jumped right into the political gutter as well, calling out both Figlesthaler and Casey Askar of “trying to BUY this election by writing six and even seven-figure loans” to the respective campaigns.

Donalds added that Americans didn’t need any more “RINOs buying their way into power,” referring to the fact that the last two Republican members of Congress from the area self-funded their congressional campaigns.