Republican Congressional candidate Jessica ‘Jessi’ Melton appeared on the Wayne Dupree Show on Monday where she doubled down on her accusation that House Democrat Ted Deutch was “bullying” her and personally threatened her with a fine and possible “criminal prosecution” for being late in filing her financial disclosure form.

“Deutch is fining me personally $200 for a delayed filing of a personal financial disclosure statement,” said Melton

Melton said,” this week I received a letter from my opponent Ted Deutch,” adding that when she opened the letter, she saw that it was “actually addressed” to her “personally.”

Melton also said that the letter threatened her with an” additionally penalty up to $61,585” and that she was “subjected (sic) to criminal prosecution in the event” that she failed” to “file the report or do not file it to his standards.”

“These types of bullying tactics are not going to stop me,” added Melton

Rich in hypocrisy, Melton’s political stunt or claim that Deutch personally threatened her is not the truth. It’s what President Trump and his supporters would call “FAKE NEWS.”

The letter dated February 7, 2020, is a standard letter sent out to members and candidates who are bound by House Ethics and are late in filing.

Here is the actual letter Melton, who compares herself to Reps. Alexandria Ocasio-Cortez (D) and Ilhan Omar (D), received from the House Ethics Committee. Because Deutch heads up the committee, his name is at the very top of the official letterhead along with the names of other Republican and Democratic lawmakers who also sit on the committee.

Notice that the letter is signed by Tonya Sloans, Director of Financial Disclosure, not Deutch.

Melton could have said that former Congressman and now- Director of National Intelligence John Ratcliffe (R), sent her the personal and threatening letter. 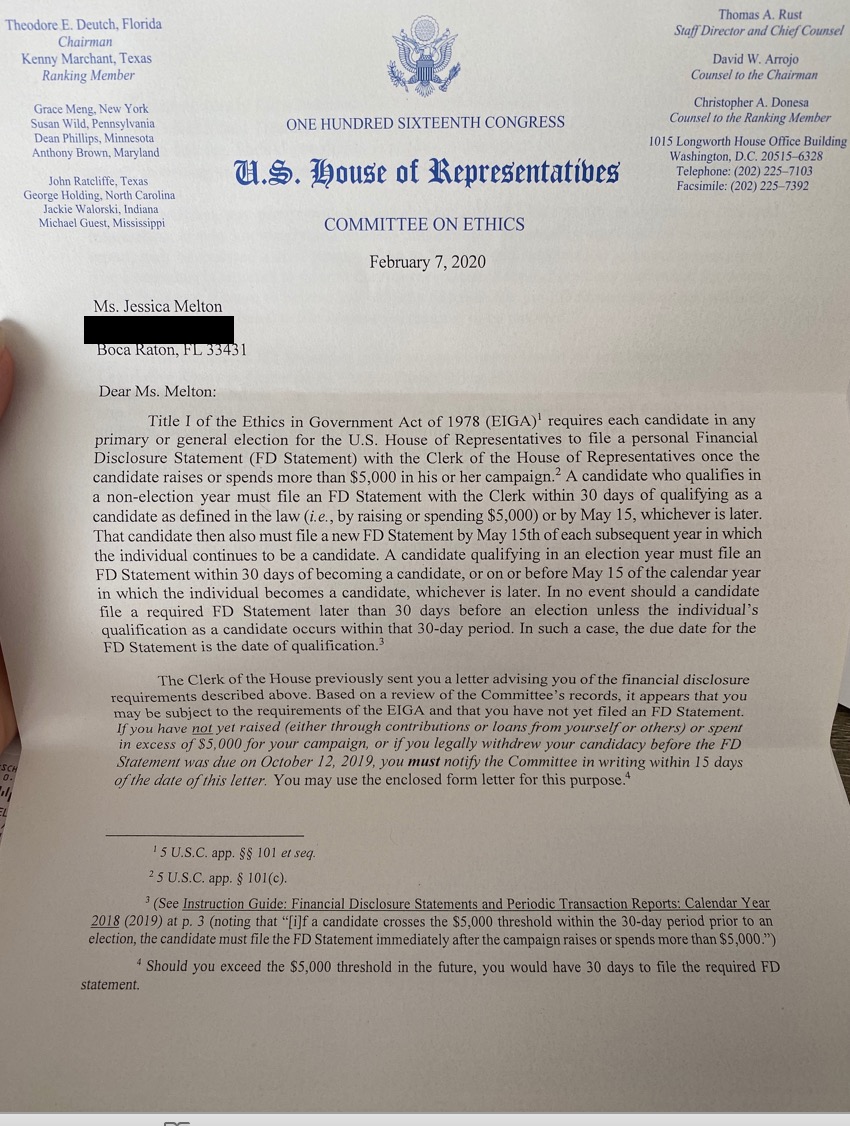 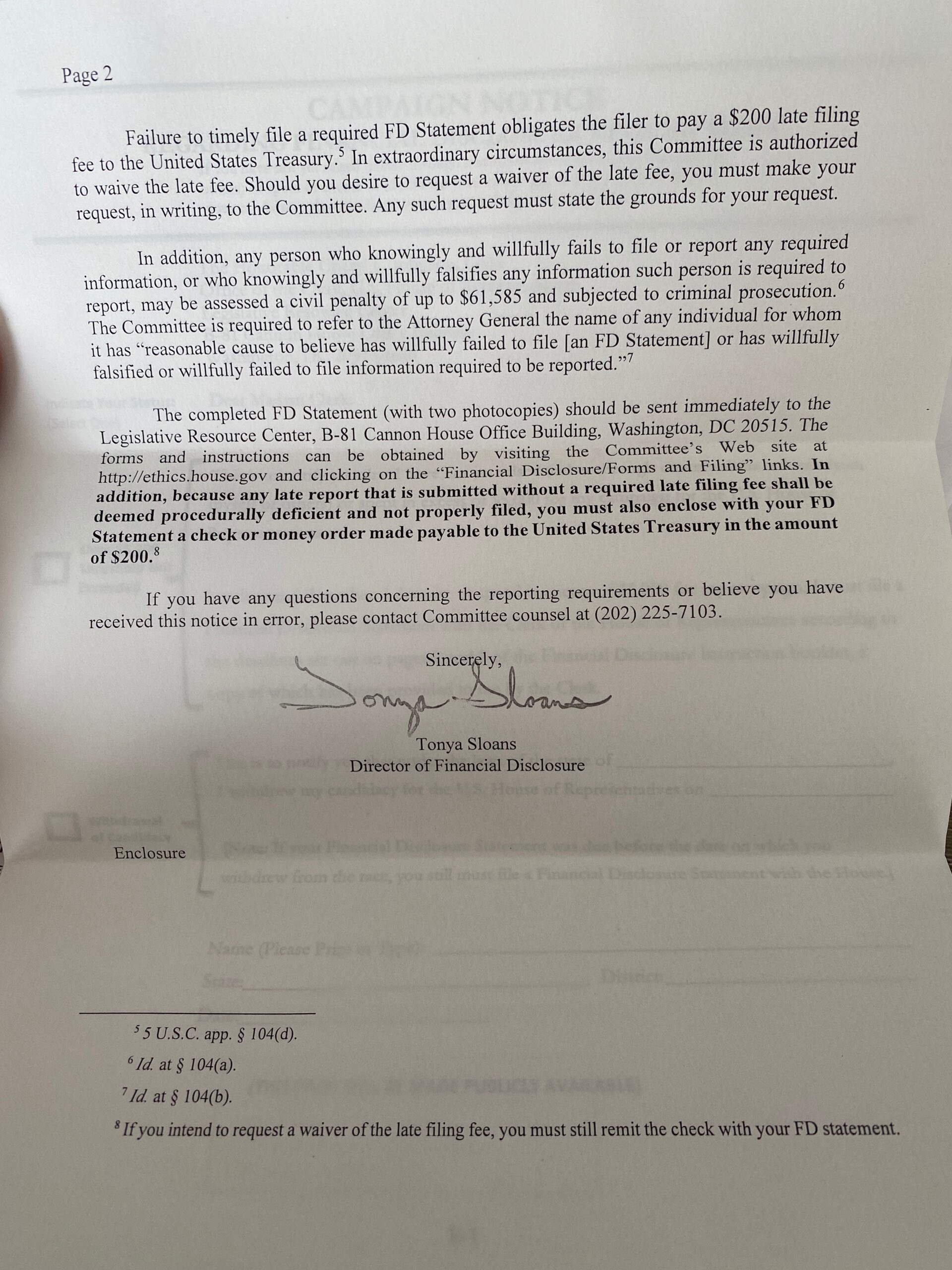 We get it. First-time candidates feel like they have to pull stunts to grab attention for their campaigns. Melton is running in a contested Republican primary race against Attorney James Pruden, small business owner Darlene Swaffer, and business owner and philanthropist Fran Flynn.