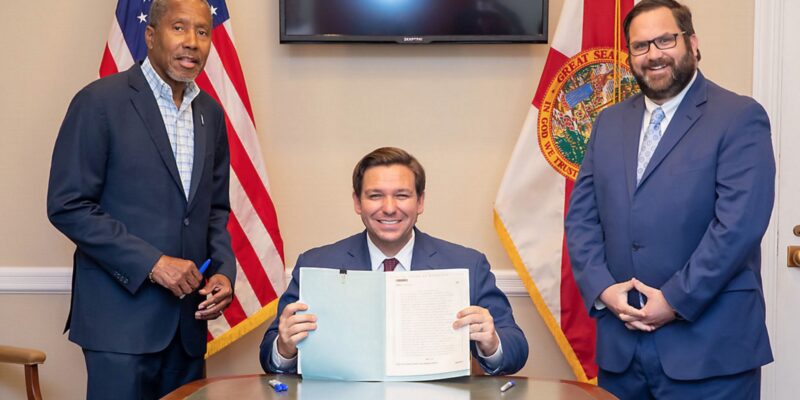 The child abuse bill almost didn’t survive last year but Rep. Latvala along with fellow Reps. Jennifer Webb and Ben Diamond, and Sens. Ed Hooper and Darryl Rouson, pressed on and re-filed the bill this year.

According to previous reports, “Prosecutors say his mother, Charisse Stinson, lied about his disappearance. She is facing first-degree murder, aggravated child abuse and providing false information to a law enforcement agent during an investigation charges.”

Latvala stated that today's signing was the "proudest day as a member of the Florida House," and thanked DeSantis.