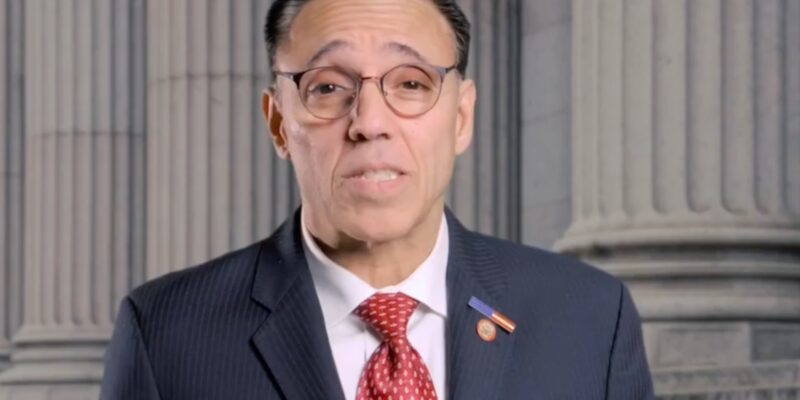 If Republican congressional candidate Darren Aquino wins the primary race in the crowded 9-person contest in Florida’s 19th district, he will become the next member of the U.S. House of Representatives and introduce legislation to “ban” any “unnatural American citizens” from serving in the U.S. Congress.

“I am calling for a ban on unnatural born citizens from serving in Congress. You must be BORN IN THE U.S.A. to serve in Congress. We need to act now to save our country,” tweeted Aquino

Aquino, who is of Puerto Rican descent,  posted a campaign video outlining his intentions, but could the campaign ad be an indirect swipe at one of his primary opponents, foreign-born businessman Casey Askar?

According to his campaign biography, Askar immigrated with his family to the U.S. from Iraq when he was 7-years-old.

The video does directly point to Progressive Rep. Ilhan Omar (R) who was born in Somalia and calls out other members of the U.S Congress who are naturalized citizens.

Some of those members are Reps. Debbie Mucarsel-Powell (Equador),  Reps. Salud Carbajal, Jesus Garcia, and Raul Ruiz (Mexico), and Raja Krishnamoorthi and Pramila Jayapal (India), just to name a few.

All of the naturalized citizens in congress are members of the Democratic Party.

Here is an excerpt of what Aquino said in his video:

“My first piece of legislation, together with that of removing homeless veterans off the streets of America. I'm calling for a ban on unnatural American citizens to serve in the House of Representatives and the United States and their ideologies are not those of our founding fathers, which would have like Ilhan Omar wanted to give 120 $5 million to illegal illegals leaving homeless veterans, on the streets of America, and numbers. Ridiculous numbers of 70,000 hundred million to illegal. We're going to have a ban, and save America.”