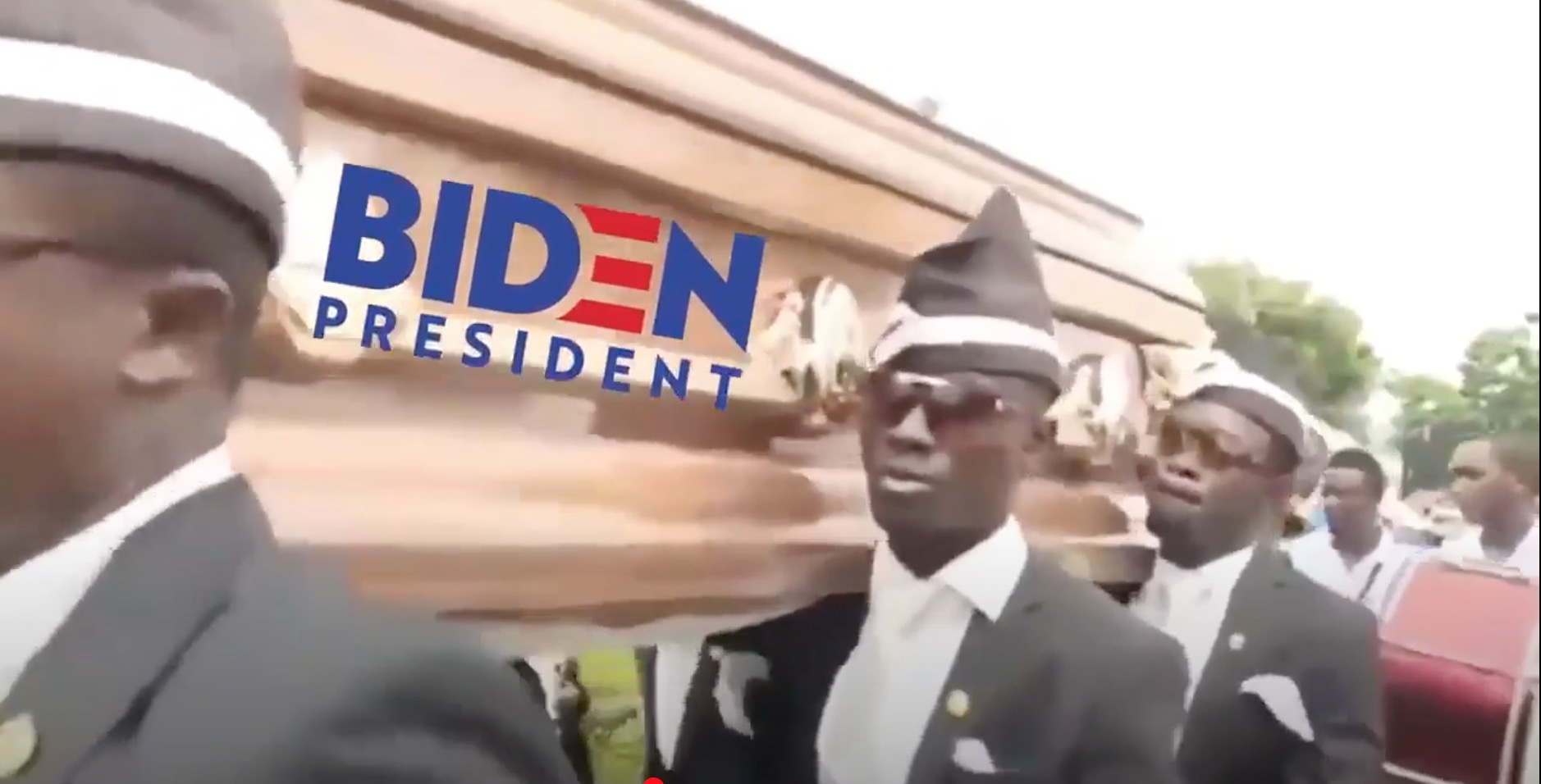 In the latest jab at Vice President Joe Biden’s “You Ain’t Black” remark that has incensed both Republican and Democrat African Americans across the country, President Donald Trump shared on his Facebook page a very “morbid” video of a funeral that depicts the final nail in the coffin of the Biden Campaign.

In the video, a group of black pallbearers, quite possibly of direct African descent, is shown lifting and dancing around a coffin with a superimposed “Biden for President” logo, seemingly to reference the death of Biden’s campaign. Did Biden stick a fork in himself? Is Biden’s campaign dead on arrival? Has the fat lady already sung at Biden’s funeral?