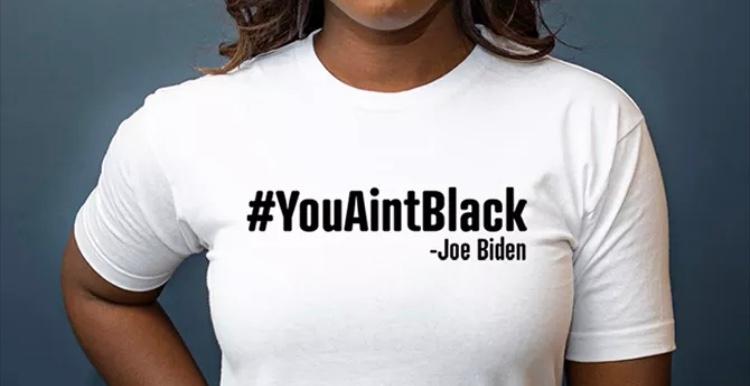 “If you have a problem figuring out whether you’re for me or Trump, then you aint black,” said former Vice President Joe Biden (D) during an interview with Charlamagne tha God on the Breakfast Club. Since then, the presidential candidate has apologized for his remarks, which many saw as racist.

While speaking in a conference call with African American business leaders, the former Vice President commented that he “should not have been so cavalier,” adding that he’s “never, never, ever taken the African American community for granted.” Biden then clarified that “no one should have to vote for any party based on their race, their religion, their background.”

However, Republican African American lawmakers and supporters have slammed Biden for his words, and the Trump administration has responded by releasing merchandise that celebrates the African American voices that support the president in his reelection bid. As well, the Trump campaign has released an advertisement criticizing Biden for his choice of words, dubbing Vice President Biden a racist.

take our poll - story continues below
Completing this poll grants you access to The Floridian updates free of charge. You may opt out at anytime. You also agree to this site's Privacy Policy and Terms of Use.
48
SHARES
ShareTweet
Tagged: 2020 electionCharlamagne tha GodDonald Trumpflorida politicsJoe Bidenthe Breakfast Clubthe floridian