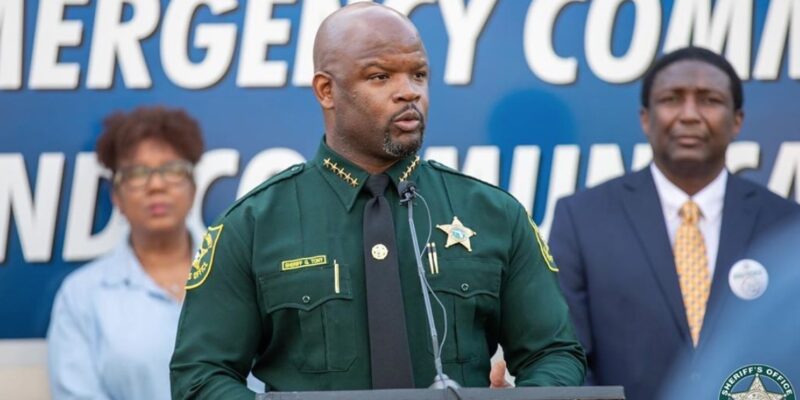 Everyone has a few skeletons or secrets in their closet, but Broward County Sheriff Gregory Tony's 1993 incident where he killed an 18-year-old man, takes the cake.

The news broke this past weekend that when Tony was 14-years-old shot and killed a known drug dealer in self-defense, Hector “Chino” Rodriguez after he and his brother were threatened by the deceased.

Tony apparently ran home and got his father’s gun and shot the victim after the victim chased him and his brother home and enter the house.

The problem for Gary here is not that he shot and killed someone, it’s that he never disclosed the incident when he was hired by the Coral Springs Police, and when he was appointed by Gov. Ron DeSantis to be Broward Sheriff.

In response to the original Florida Bulldog story about the shooting, Sheriff Tony interviewed with the South Florida Sun-Sentinel where he spoke about “the most difficult, painful experience of life.

Tony added that his memory of all the details of the shooting was sketchy considering that it happened 27 years ago.

“We’re going back 27 years ago,” he said, emphasizing that authorities ultimately cleared him.

DeSantis was not aware of Tony’s past according to his Communications Director Helen Ferre.

“You’re saying that I should have disclosed a horrific incident that I faced as a 14-year-old kid, where I had to survive a shooting,” Tony said “… Why would I put myself in a position where I’m talking about a brutal attack that I survived, for the sake of an interview? I don’t think anyone would have done that.”

Tony also said that DeSantis was supportive of him, saying, “wanted to see me continue to push on and not be distracted with the politics down here and keep doing what’s right for Broward County.”

It remains to be seen if this newly-uncovered past incident will diminish Tony’s chances of retaining his job when Broward voters head to the polls this November to vote in a new sheriff.

One thing is for sure, Tony’s opponents will use this incident against him.