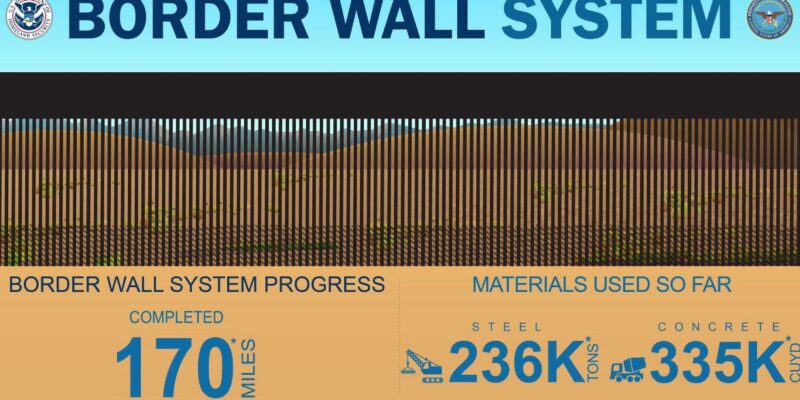 As the COVID-19 virus continues to spread (but flattening) across the U.S., President Donald Trump has announced that he would temporarily suspend immigration in the country.

The president tweeted that he would be signing his immigration Executive Order today, but also pointed to the construction of "The Wall" along the Southern border, a fixture that has angered congressional Democrats who believe the border security wall is racist and "ineffective."

Rep. Debbie Wasserman Schultz (R), who is one of those critics that oppose Trump’s border security wall, tweeted that the president’s “monument to ego and xenophobia” was “clearly ineffective” and a waste of “taxpayer dollars.”

Now the Trump administration has launched a new CBP website that streams video footage of the wall being constructed along the U.S. southern border.

“President Trump is delivering on his promise to build a border wall system to secure the border,” acting CBP Commissioner Mark Morgan said in a statement. “Border security is national security and a strong border wall system is critical to keeping our nation safe."

I will be signing my Executive Order prohibiting immigration into our Country today. In the meantime, even without this order, our Southern Border, aided substantially by the 170 miles of new Border Wall & 27,000 Mexican soldiers, is very tight - including for human trafficking!

Days prior to the president tweeting that 170 miles of border wall have been completed, dozens of members of the U.S. Congress, including Florida's Darren Soto (D), penned a letter asking that he stop construction on the wall during  Coronavirus pandemic.