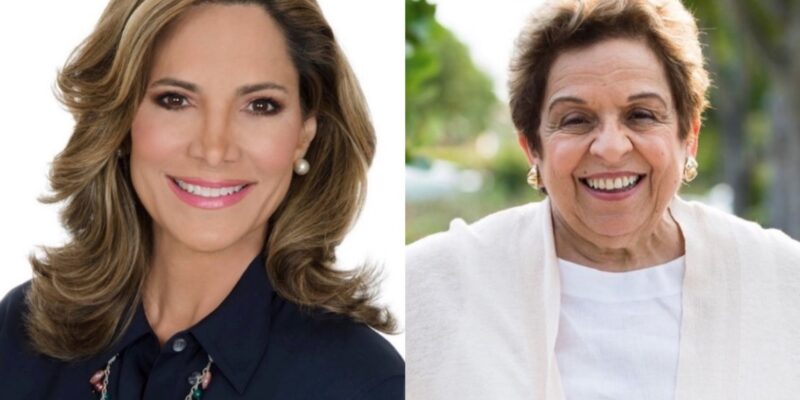 During her congressional campaign in 2018, then-former Secretary of Health and Human Services (HHS) Donna Shalala, ran on the slogan “Ready from Day One.”

But was Rep. Shalala ready to take on the job as a congresswoman from “Day One?

Earlier this year as the Coronavirus began to spread across the U.S., the Miami Herald took a closer look at Shalala’s past finances after she was appointed by Speaker Nancy Pelosi to head up a select committee of members of Congress to provide oversight on the recent COVID-19 stimulus funding approved by Congress.

This is where it was uncovered that Shalala failed to report six or more stock sales after she was elected to office, and after taking the oath of office.

“It was my mistake and I take full responsibility,” she told Defede.

Defede reports that the last transaction Shalala made was on August 30, 2019, almost eight months after her swearing-in.

“Look, I knew what the law was,” Shalala continued “I missed the deadlines. And I have to take responsibility, personal responsibility for doing that. No one else is responsible except for me.”

Was it a simple blunder by Shalala in failing to file subsequent interim financial disclosure reports, or did she purposely tried to hide the stock trades?

“I did file my disclosure report, so everybody knew what my holdings are,” she said. “They didn’t know I was unloading the entire portfolio so I could put everything into mutual [funds] basically to avoid any conflict of interest.”

This may very well have been the case, but Shalala’s Republican congressional opponent Maria Elvira Salazar isn’t buying her explanation.

Salazar does not believe Shalala’s misstep was a “mistake,” calling her “the ultimate political elitist who knows the system in and out,” and by making referencing her 2018 campaign slogan “Ready from Day One,” questioned the congresswoman’s leadership.

Salazar sent The Floridian this statement in response to our request for comment: 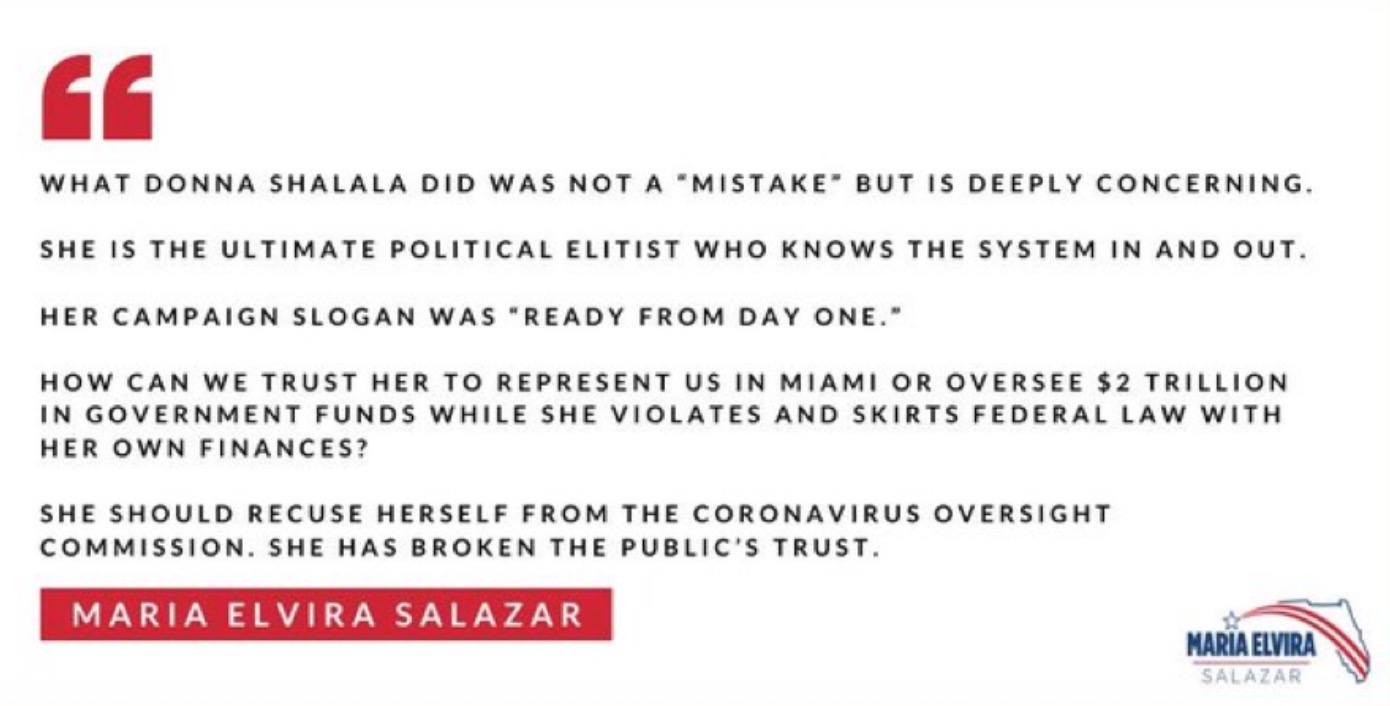 Shalala also told CBS News that she had already reached out to the House Ethics Committee and divulged that she told the committee she would fully cooperate in the case of a review.

“Whatever they think is appropriate,” Shalala said, “Whether it’s a financial penalty or anything else. I’m really sorry I missed those deadlines in the process of trying to do the right thing.”

Shalala’s friend and colleague, Rep. Ted Deutch (D) is the chair of the House Ethics Committee.

The Time to Open is Now

Ocasio-Cortez Calls For a National Work Boycott When America Reopens