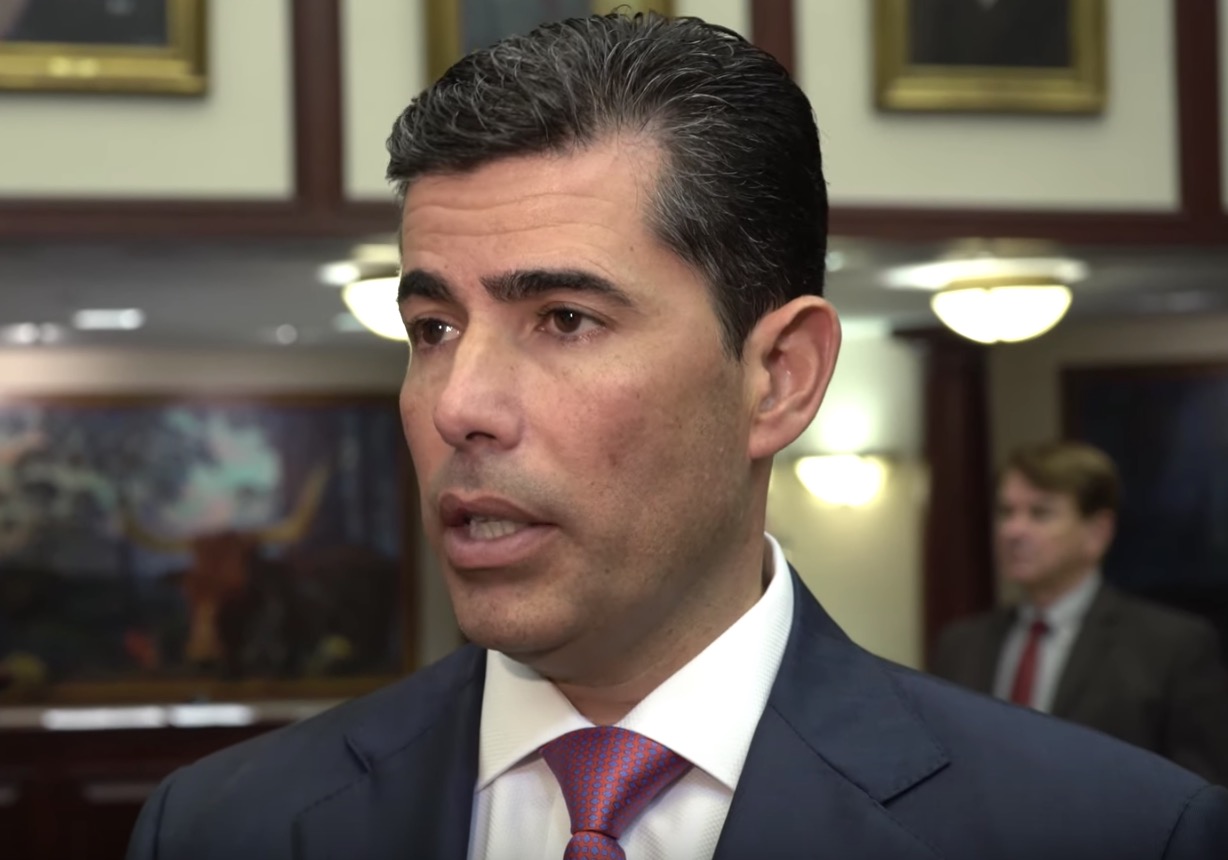 TALLAHASSEE — Gov. Ron DeSantis’ push for a politically charged immigration proposal has begun to expose a clash between Republicans as this year’s legislative session starts.

The governor kicked off the session Tuesday by reminding lawmakers about one of his top priorities: a proposed mandate for all Florida employers to use the federal government’s E-Verify system to check new hires to make sure they are not undocumented immigrants.

But House Speaker Jose Oliva and Senate President Bill Galvano say they worry an E-Verify mandate would add too much burden on private businesses — and are more open to considering a compromise that would have less effect on the private sector.

“There’s a balance there somewhere,” Oliva, R-Miami Lakes, said. “It’ll be a tough road because we have to make sure not to infringe upon private employers.”

But the governor’s office on Tuesday made clear DeSantis’ idea of an E-Verify bill would require “all private sector employees to be processed under the system.”

“Assuring a legal workforce through E-Verify will be good for the rule of law, protect taxpayers and place an upward pressure on the wages of Floridians who work in blue collar-jobs,” DeSantis said during his State of the State address to formally start the session.

The divide between the governor and Republican legislative leaders is likely to heat up debate about the issue, which DeSantis made a pillar of his 2018 gubernatorial campaign. The debate also will come during an election year with President Donald Trump on the top of the Republican ticket.

“E-Verify is going to be a very big fight, quite honestly, between Republicans,” Rep. Evan Jenne, D-Dania Beach, told The News Service of Florida on Tuesday.

When there is Republican-on-Republican fights, Jenne said, Democrats tend to sit back and “grin.”

The debate over E-Verify will be driven, at least in part, by proposals filed by Sen. Joe Gruters, a Sarasota Republican who chairs the Republican Party of Florida, and Rep. Cord Byrd, R-Neptune Beach. Gruters and Byrd also helped the governor pass a ban on so-called sanctuary cities last spring.

Gruters and Byrd have proposed measures (HB 1265 and SB 1822) that would exempt from the E-Verify mandate private businesses that do not contract with the government. The exemption, Galvano said, could help the Legislature reach a “middle ground” on the contentious issue.

Attempts to impose a mandate on all employers has divided Florida Republicans for years. While the idea has been popular among the GOP base, it has been fiercely opposed by the state’s agriculture, tourism and construction industries, which include major Republican donors.

“I’ll reiterate that at the heart of my caution is the additional burden on private entities,” Galvano, R-Bradenton, told reporters on Tuesday.

But the possibility of excluding private businesses from the bill is also garnering backlash from Republican Sen. Tom Lee, a former Senate president who is sponsoring an E-Verify bill (SB 664) that would apply to all employers.

“Everyone ought to be treated the same,” Lee, R-Thonotosassa, said, while acknowledging that his bill may be a “bridge too far” for the Legislature amid opposition from business groups.

When asked whether the potential compromise was meant to hand DeSantis a political win this session, Lee said it likely was designed to “soften the reactions” to the controversial immigration proposal.

Regardless, Lee hopes his colleagues in the Legislature can discuss an E-Verify bill without “turning a blind eye” to private businesses.