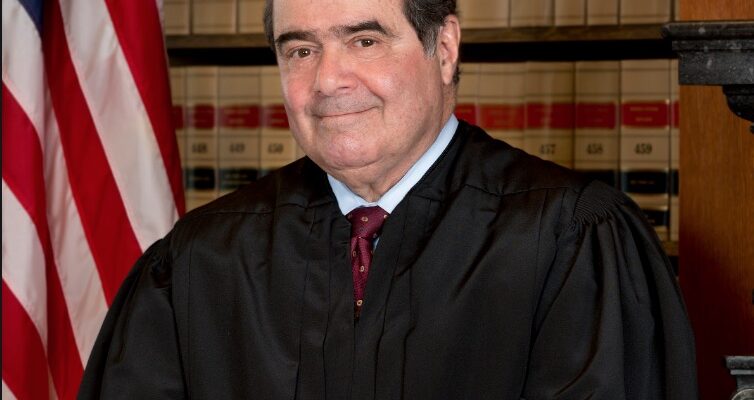 It’s a new year, but nothing much has changed since 2019 as far as how dumb and ignorant some college kids can be.

Yeah, you can chalk it up as kids just being young and dumb, but when a graduate student and some other college kids from several of America’s most prestigious law schools and colleges decide to express their deep disdain for the late Supreme Court Justice Antonin Scalia, well, some of us take notice.

Daniel Espo, who according to his Facebook profile is studying or had studied at Harvard Law School, expressed his distaste for the late Justice Scalia, another Harvard Law School graduate when he wrote “guess who isn’t going to have a happy new year” on a post of a picture of Scalia’s actual tombstone. 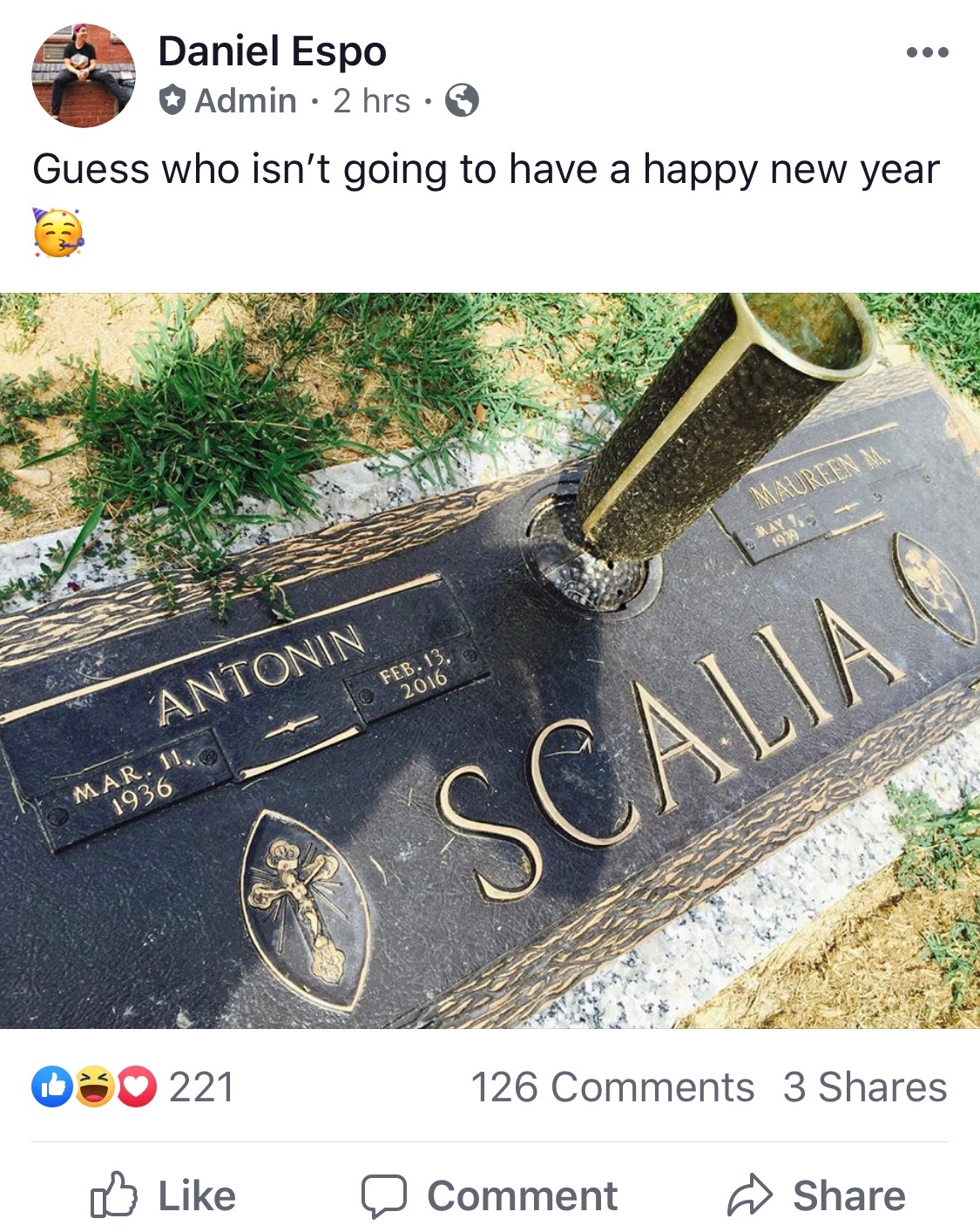 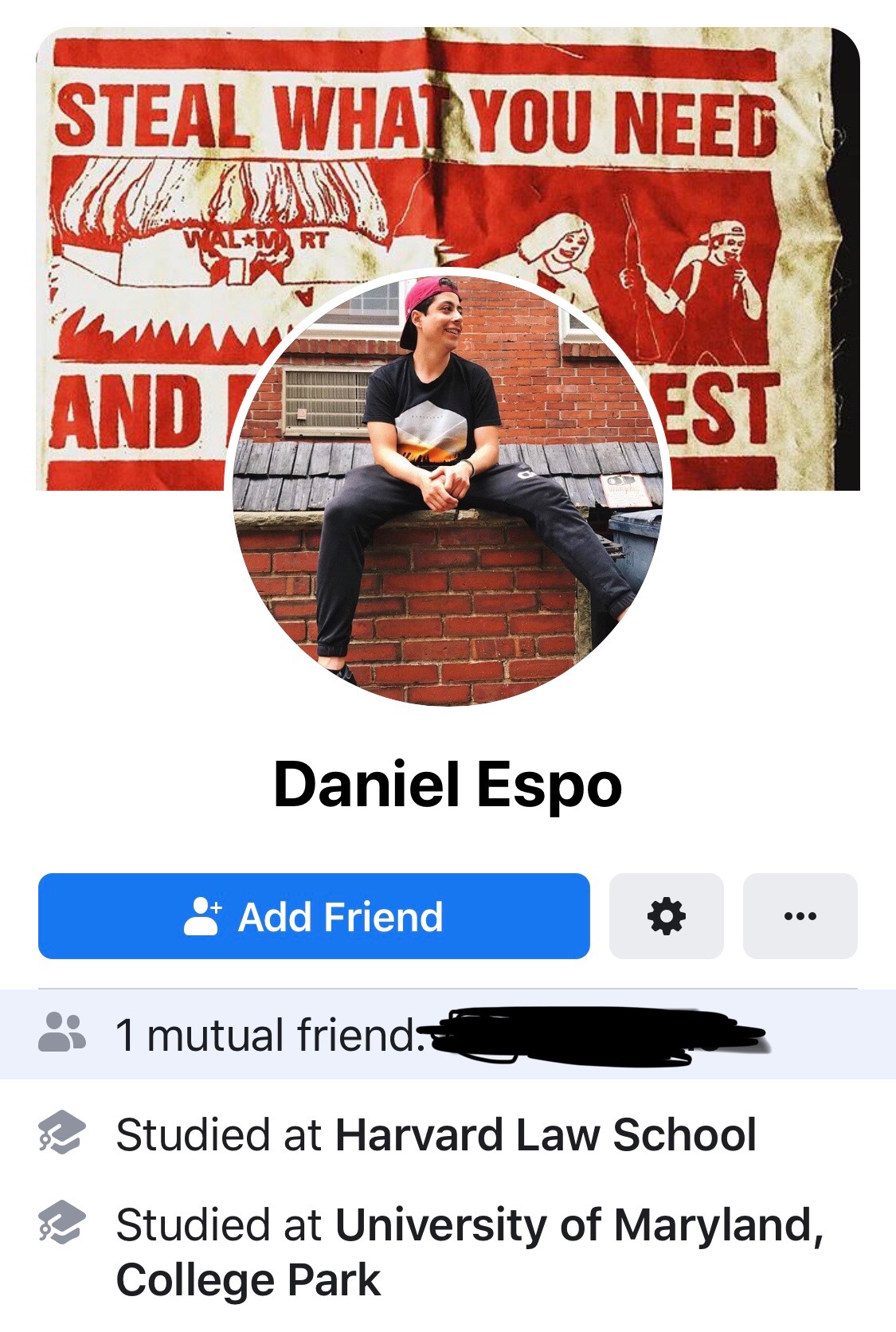 Espo went further, riling up other anti-Scalia “students,” saying that “it’s just too bad Kissinger is still around.”

Hating on Scalia is disturbing. Regardless of what side of the political aisle you find yourself, respect should always be given to all elected officials and confirmed jurists, regardless of how they voted or ruled.

One Emory University and Old Navy alum, Duy Nyugen, went as far as to say that Scalia didn’t deserve the honor and respect he is given after his death because according to Nyugen, he “didn’t earn it while living.” 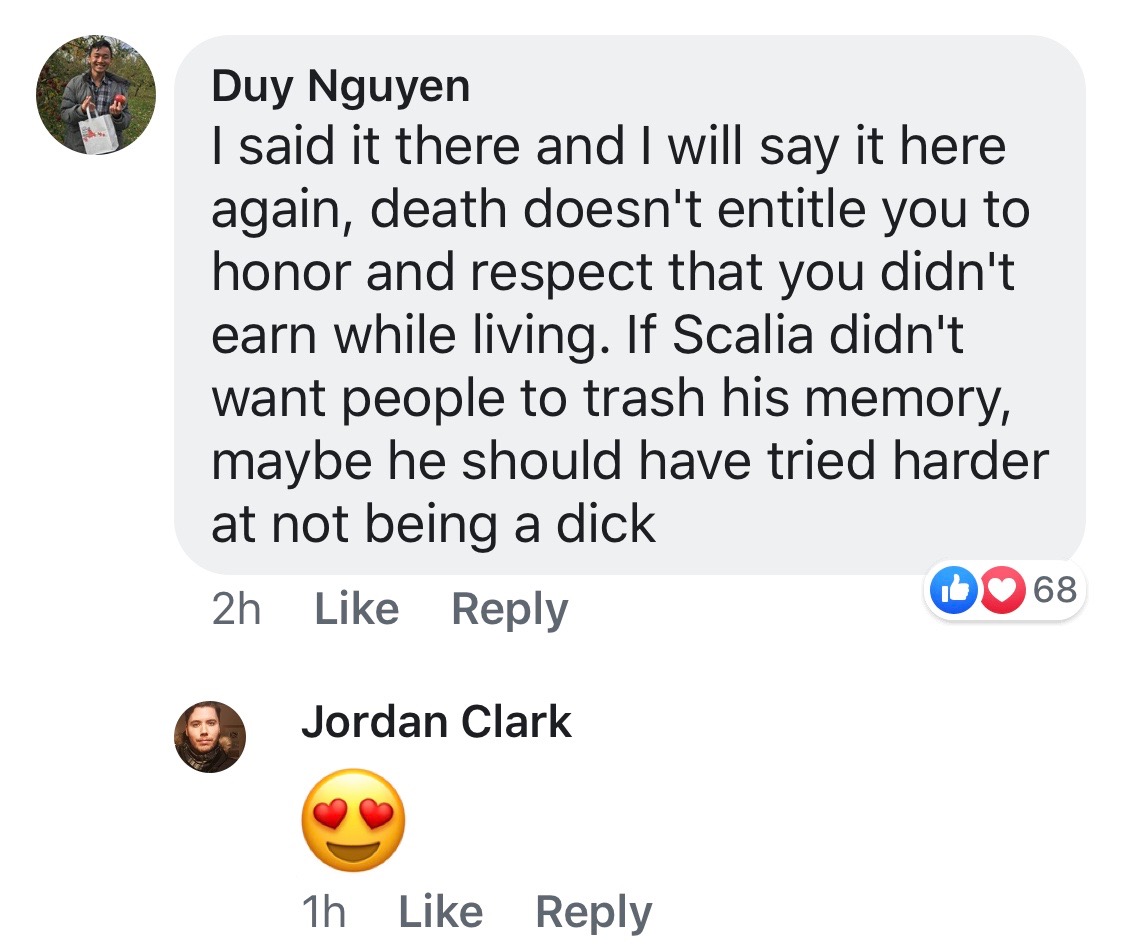 “If Scalia didn’t want people to trash his memory, maybe he should have tried harder at not being a dick,” added Nyugen

Hmm? I am not sure why “Little Duy” would post something so vulgar or offensive, but maybe he is deflected away from a “shortcoming” he may have?

Nicholas Van Erp, Brad Storch, Connor Peth, and others, decided to turn to the same toilet bowl they appear to think from.

And you know what, current 2020 Democratic presidential candidate Joe Biden was part of the Senate Democratic Caucus who voted that day. Ouch!

Biden once said that Justice Scalia was “one of our most influential justices.”