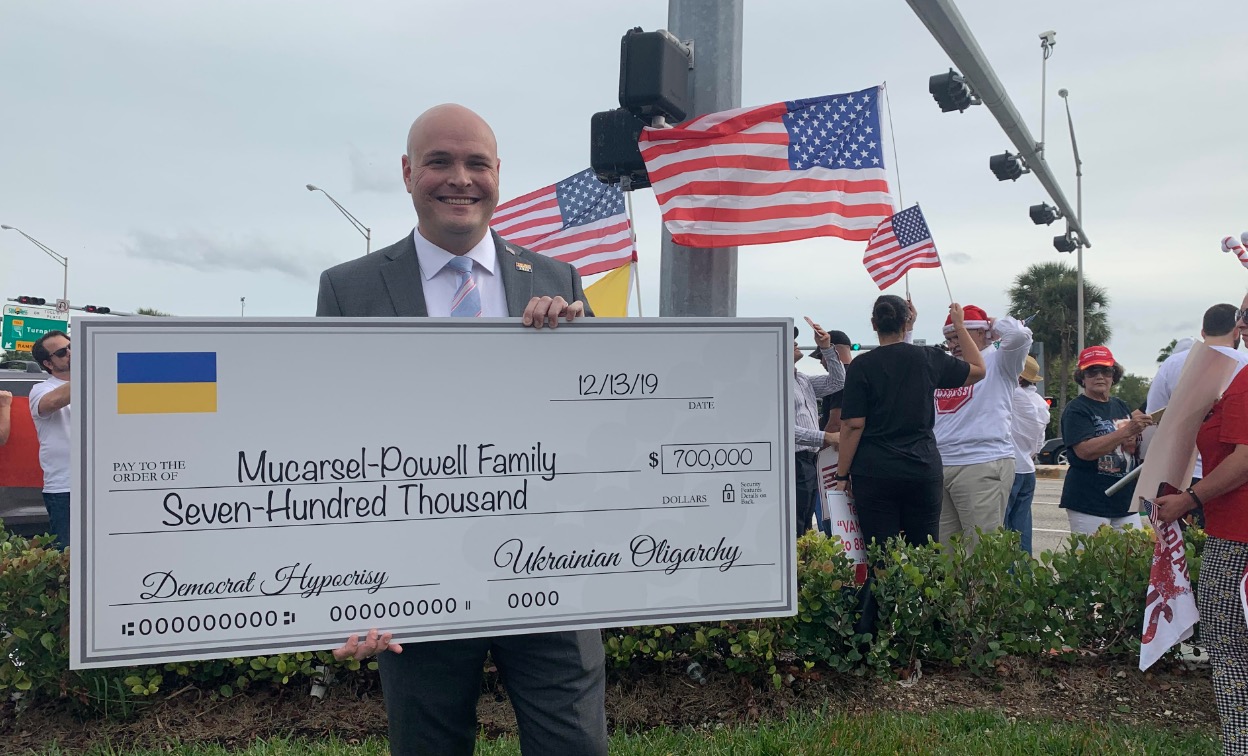 When she ran of congress back in 2018, Rep. Debbie Mucarsel-Powell (D) dismissed the Republican attack against her about her husband having received $700,000 from a Ukrainian oligarch accused of, among other things, murder.

According to the Miami Herald, Mucarsel-Powell’s congressional financial disclosure form lists that her husband “represented companies owned at least in party” by the Ukrainian billionaire, and received up to $700,000 in compensation.

Republicans have been asking for Mucarsel-Powell to recuse herself from the recently-concluded House Judiciary Committee impeachment inquiry, citing that she had a conflict of interest because the whole point of the inquiry against President Trump was due the allegation that he illegally held up aide to Ukraine.

Now Florida Republicans and the Trump campaign are really pushing the $700,000 issue against Mucarsel-Powell.

Bringing protests signs are par for the course at any rally or protest, but Team Trump decided to step it up and bring a poster-sized check to the rally.

The check prop is “Paid to the order of The Mucarsel-Powell Family” in the amount of $700,000.

The check also pictures the flag of Ukraine as being the owner/sender of the check.

Early in the day, Mucarsel-Powell voted to approve the two articles of impeachment. The entire House of Representatives will vote on the articles sometime next week.

We reached out to Rep. Mucarsel-Powell’s legislative office for a response to the protest, but haven’t heard back from them.