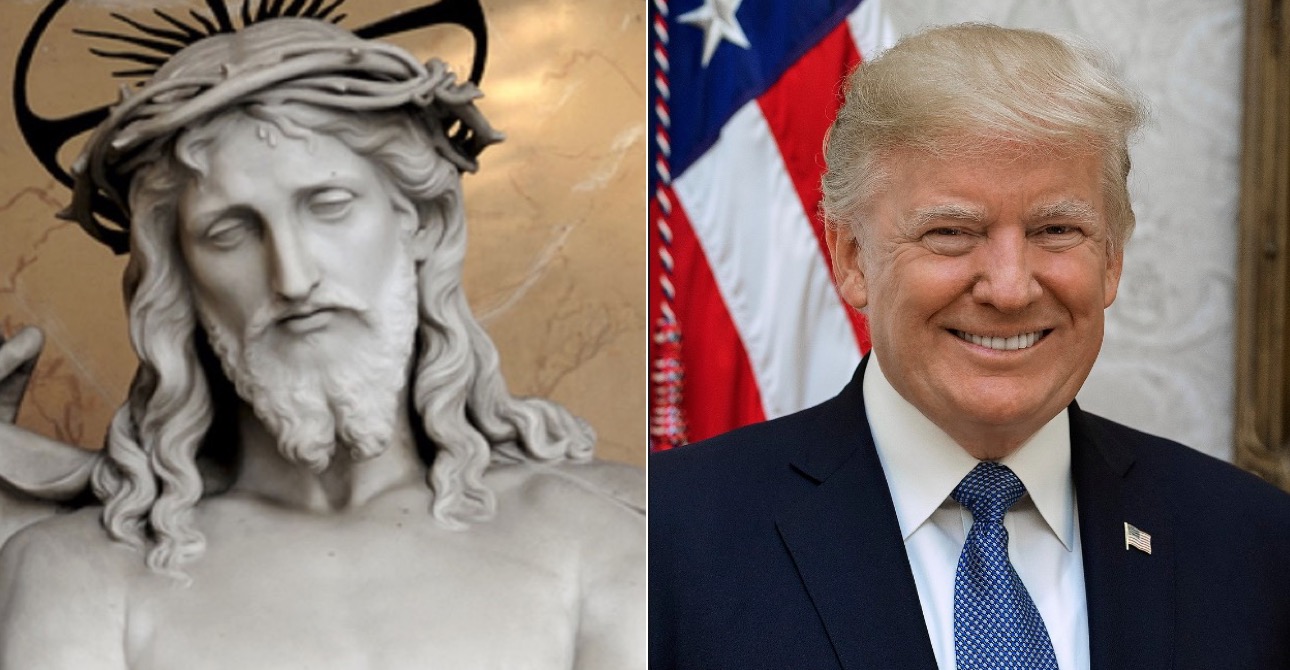 As the debate over the articles of impeachment of President Trump rages on in the House of Representatives, many, many floor speeches have been made to make or break the Democrats’ case for impeachment.

House Speaker Nancy Pelosi opened the debate wearing a  funereal black dress, setting the tone for what was to follow.

As expected, Democrats kept to their talking points for impeachment, as did Republicans in defending the president from what they call a “sham” and “un-American, unconstitutional” impeachment inquiry.

The line of argument of the day came from Georgia Congressman Barry Loudermilk (R) when he invoked Jesus Christ and saying that Speaker Pelosi and Reps. Adam Schiff and Jerry Nadler were worse than Pontius Pilate.

Loudermilk said he strongly opposed the process that has brought the House to the point of impeachment, reminding his colleagues that the Constitution stated that all Americans are “innocent until proven guilty beyond a reasonable doubt,” adding that House Democrats “have refused to allow Republicans and the president question the “so-called whistleblower” and have kept his identity a secret.

“When Jesus was falsely accused of treason, Pontius Pilate gave Jesus the opportunity to face his accusers,” said Loudermilk “During that sham trial, Pontius Pilate afforded more rights to Jesus than the Democrats have afforded this president in this process.”

There are what some of Florida’s most notable members of the House said about the imminent vote on impeachment:

Rep. Ted Deutch (D) –“When the President abused his power to solicit foreign interference, he was cheating the American voters before they even get a chance to vote. President Trump’s actions force us to protect our elections and the Constitution. That is why we must impeach the President.”

Rep. Debbie Wasserman Schultz (D) – “The people of South Florida have made their voices clear:  NOBODY is above the law. The decision to vote to impeach President Donald Trump is not one I made lightly, but it is the one I stand by wholeheartedly.”

Rep. Kathy Castor (D) – “America was founded on a system of checks and balances, and the President violated his oath of office. He must be impeached today.”

Rep. John Rutherford (R) – “In 2016, Vladimir Putin and his cronies waged a war on our elections with the goal of sowing discord and division in America. Do you think he’s been successful? Somewhere in Russia right now, Putin is laughing at us today.” (Floor address)

Rep. Greg Steube (R)- There is bipartisan opposition to impeachment. All Republicans in Congress and even some Democrats oppose it. This impeachment is a disgrace.”

Rep. Vern Buchanan (R) –“ “Madam Speaker, I will vote today against both articles of impeachment because they are without merit and set a dangerous precedent for our country. This political vendetta is an abuse of the impeachment process and would subvert the votes of 63 million Americans. Just because the President’s opponents are afraid he will win reelection is no excuse for weaponizing impeachment. No president in history has ever been impeached 10 months before an election. Elections are the heart of our democracy. Our founding fathers devised a simple way to remove a president that you disagree with —  it’s called an election — and we have one coming up in less than a year. Let the people decide.” (Floor speech)