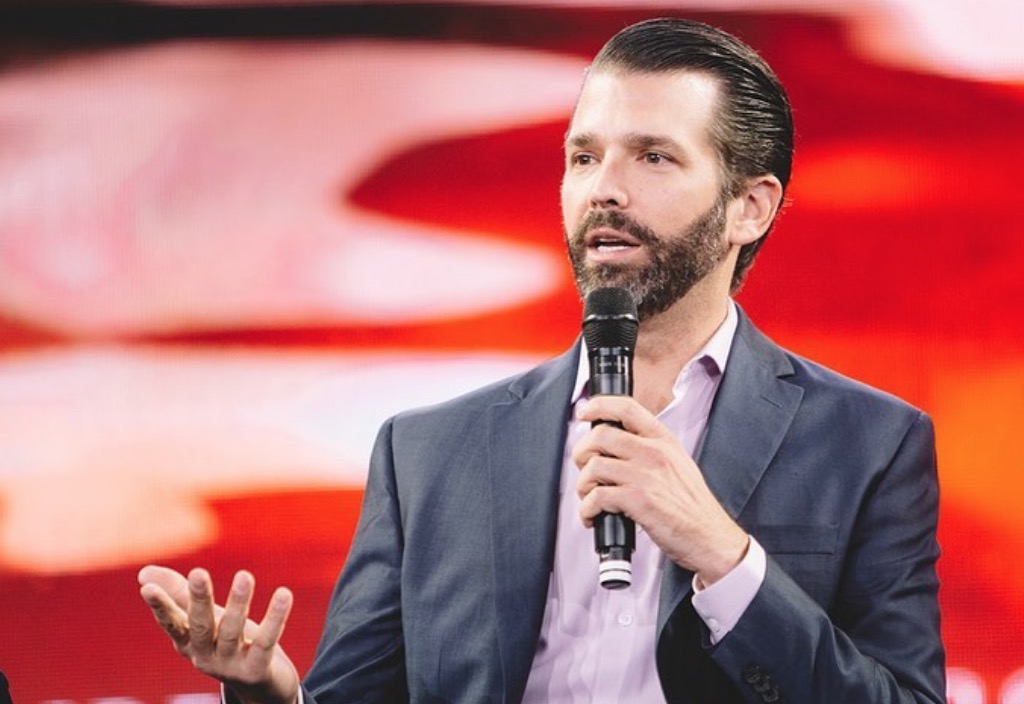 Donald Trump, Jr. says his mom Ivana made fun of his beard

Even with his father’s presidency being questioned by House Democrats in what the White House calls an impeachment inquiry “witch hunt,” Donald Trump, Jr. has a sense of humor over the political maneuvering his family has had to endure since his father was elected president in 2016.

On the last day of his 10-day book signing tour for “Triggered,” his latest book on politics, Donald Trump, Jr. told a group of about 200 (mostly Republican) about the horrors he has endured because his father was president. But even as Trump, Jr. rattled off numerous instances where he felt Democrats and the media had wronged him, his father and his family, the younger Trump managed to throw in a couple of jokes to lighten up the stories.

From poking fun at Vice President Joe Biden to divulging text conversation between him and his mother Ivana Trump, where she told him he looks “like the Taliban” with his beard, Trump had jokes.

The funniest moment came when Trump described how he felt when House Democrats put Robert Mueller on the stand to discuss the findings of his investigation into Russian collusion.

Trump said that Democrats that they had the “Trump card” (he intended the pun) when they put Robert Mueller on the stand, he already began to ‘live-tweet’ because he had “Tourettes of the thumb” which he said “is an inherited trait,” he was told.