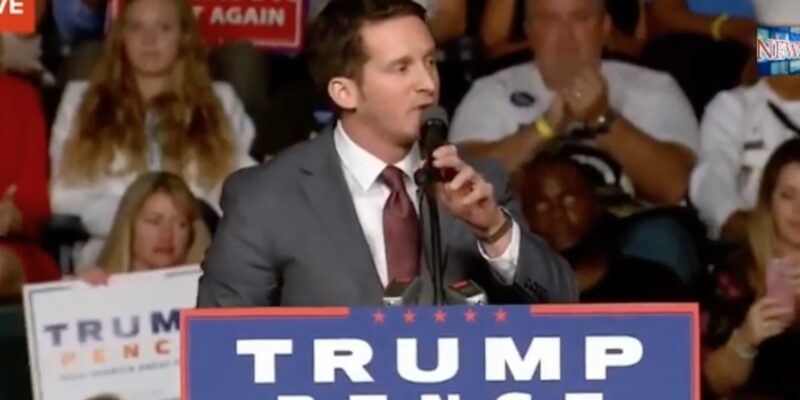 Eagle made his announcement on social media with a slick video where he appears to check off all the necessary boxes to solidify his conservative bona fides in the ‘red’ district he seeks to represent.

Rooney’s congressional district is as conservative as they come, so Eagle needs to offer up some of that Trump-loving red meat his constituents have grown to love.

The video narration states that Eagle has “proven himself a fighter in Tallahassee” and believes in President Trump’s “peace through strength” approach to foreign policy.

He’s even got the Trump slogan down.

But arguably the best B-roll moment of the video is when Eagle shoots a fully automatic weapon at a gun range. That should make Democrat blood boil.

The lifelong resident of Cape Coral told the Floridian that he is running to “defend the president and our Consitution,” and that his conservative record during his time in Tallahassee was beyond reproach.

The winner of the Republican primary race in this district is all-but assured to be the next congressman, so Eagle will have to face either fellow state Reps. Bill Rommel or Byron Donalds, who have both told The Floridian that they are seriously considering the run.

State Senator Lizbeth Benaquisto is out of the running, so that huge hurdle has been addressed for all the potential candidates. Benaquisto ran and lost in a heated primary against former Congressman Curt Clawson in this district several years back and considered the favorite if she were to run again.